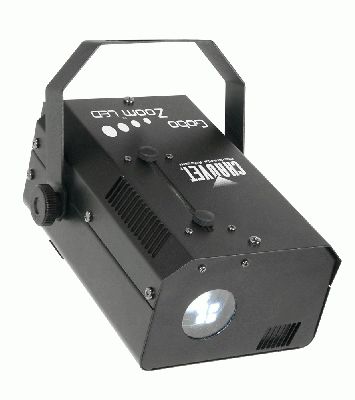 Brightness is the first thing that comes to mind when a DJ is looking for a light that will do the ever popular “name in lights” monograms clients are asking for. This of course is followed by versatility, image throw, power consumption, and lastly, the price.

On our bench today we have the CHAUVET® Gobo Zoom™ LED 2.0. A lightweight fixture that shows promise when it comes to being a bright and affordable low powered LED gobo projector. 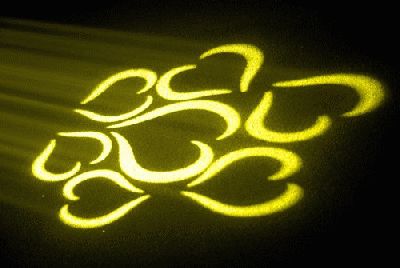 Let’s go over a few of the pluses the Gobo Zoom LED 2.0 has to offer over traditional halogen based gobo projection lights.

A few tips when producing your own gobos for the CHAUVET® Gobo Zoom™ LED 2.0. Make sure you have a newer printer and that it is set to its highest resolution. If you don’t own one, go to a Kinkos or Staples and pay the $3 for them to print it on a transparency for you. Next,  go to Michaels or a local scrapers/craft store and purchase a punch that makes paper holes. They have them in all sizes and they should be able to accommodate the 28.6 mm size for the gobo.

Having a street price well below the cost of any comparable traditional gobo projectors and just about the same performance, the Gobo Zoom™ LED 2.0 allows DJs to offer an affordable solution for a “name in lights” or monogram upsell with a nice built-in profit margin.