During this year’s Winter Music Conference in Miami Florida, DJs’ from around the world showed up to spin for the gold. Specifically, a one year gold endorsement contract with BEHRINGER and prizes like the DJX700 DJ mixer, the BCF2000 fader controller and Truth active monitors, among other prizes.

Hosting the event were DJs Felix Sama and BEHRINGER Power User Jackie Christie who appeared in her custom DMC Spin-off boxing suit, which was very cool. Felix and Jackie roared up the crowd to get the DJs’ pumped, and the competition got fierce until the rain came. About three quarters though the event, Miami’s famous rain came down, DJs’ records were covered in rain and the wind was strong enough to lift the needles off the tracks. It was an amazing show of patience and talent for the competitors to stay focused under these conditions. How many clubs do you work in, where the wind blows your record off the turn table?

Judging the event was Russell Brown DJ and Lighting Manager BEHRINGER USA, George Cabrera from DMC and DJs Enferno and Junior Sanchez. The competition was arranged by George Cabrera of DMC USA, who stated, “This event was very exciting and entertaining, definitely the best turn out for WMC for spectators. We had a very creative lineup, possibly some rising stars.”

DJ SAMA:
Internationally renowned DJ Felix Sama was one of the regular hosts and star mix DJ of Telemundo/Universal Television’ s Urban network mun2 best rated show The Roof. Previously DJ Sama was also the host of “The Upbeat Show” (mun2). His on radio DJ career has been nothing less than reputable and innovative. DJ Sama spent years as Miami’s Hot 105 star DJ mixer, then moved to Power 96. During his remarkable 9 year stay he went from mix DJ, to over night On-Air DJ, and finally to Co-Host, Co-Producer and also star mix on Power 96’s morning show. He was quickly approached by HBC Broadcast station Salsa 98 to launch The Street Mix show from 9pm till 10pm which consisted of a mix of Reggaeton (Latin Reggae) and Hip-Hop. Currently DJ Sama can be heard on the Sirius Satellite Radio Network mixing on The Bugsy Morning Show and various other

Hip-Hop channels within their network. As one of the founders of THE RHYTHM CITY DJ SKOOL , Sama has also released an instructional DVD that is distributed by: Warner Brothers, Called: Latin DJ Techniques- Miami Style Featuring DJ Sama. The DVD is in stores now and ready for purchase. 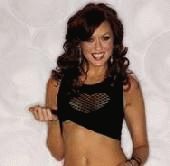 Jackie Christie maintains weekly residences and continues work on her greatest passions: Music production and the completion of her recording studio. The dynamic music enthusiast even squeezes in DJing at special events around the world for clients such as Donnatella Versace, Marc Bouwer, Bacardi, David LaChapelle, and Swatch.

DJ Jackie Christie has graced the pages of almost every major U.S. dance music magazine and was the first female DJ on the cover of DJ Times. She continues to generate national and international press exposure in publications such as French Vogue, The New York Times, Paper Magazine, The Village Voice, URB, Vibe, and Time Out. She is even mentioned in Brett Easton Ellis' book Glamorama.

As DJ Jackie Christie's popularity grows in the USA, so does the demand for her around the world. Conquering dance floors and traveling to clubs worldwide, she performs her unique and versatile mixing skills to crowds as large as 15,000 people.