Tajci Delivers Her Passion Through Bose® L1 Systems on the Road 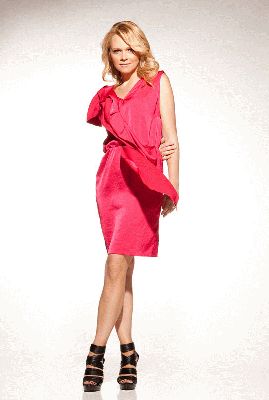 Tajci regularly fills the venues on her “I Do Believe!” tours, from intimate church spaces to 1,000-seat auditoriums. What every gig has in common, though, are her amazing voice and the equally amazing sound of the L1® Model II system with B1 Bass from Bose® Professional Systems Division. Tajci, as she is known professionally, was a leading pop-music star in Croatia before the unrest in the region in the early 1990s. In 1992, she fled her homeland and took her talents to the U.S., where she has established herself as an inspirational artist with a national following. Her “I Do Believe!” tours host capacity crowds at churches across the country. A key element that has helped her maintain consistency in her live sound and helped keep overhead costs under control has been the L1 sound system and the T1 ToneMatch® audio engine, a digital multichannel mixer specifically designed for use with all Bose L1 systems. Taj?i tours with three L1 Model II systems – each one a 24-speaker articulated line array that delivers 180-degree horizontal sound coverage – three B1 bass modules and three T1 mixers that feature over 100 proprietary ToneMatch presets for instruments and microphones and include Bose zEQ, storable scenes and a suite of studio-class effects. These nine components are all Taj?i needs to take on the road to accommodate virtually all of her live-sound needs.

Denny Bouchard, Tajci’s long-time musical director, arranger and co-producer, also plays keyboards on tour with her, and he says the Bose L1 systems have made a remarkable difference in so many ways. “As musicians, we have total control over our sound,” he says, noting that Taj?i has one of the T1 controllers attached to her keyboard, allowing her to precisely control the level and effects on her vocals. “If we play a room that becomes less ‘live’ sounding as it fills up with people, she can add reverb to compensate, and she can do it in real time and exactly to her taste. And since the L1 Model II system performs so consistently from venue to venue, we’ve nearly eliminated formal soundchecks, which saves us a lot of time and effort.” Matthew Cameron, Tajci’s manager, co-producer and husband, says the Bose L1 systems have been cost effective for their tour, since they reduce the need for a separate sound person on the road, as well as the fact that the L1’s feedback avoidance capability means that they can perform in front of the speakers, eliminating the need for separate monitor speakers. “That reduces the amount of equipment we have to carry and reduces our set-up times,” he says. Cameron says Tajci was an early adopter of the Bose L1 approach to live sound, starting with the very first L1 system in 2006, and they upgraded to the L1 Model II with B1 bass as soon as it became available. “The sound and the control that we get from the L1 Model II and T1 audio engine is fantastic, but so is the customer support we get from Bose,” he says. “Working with Bose has positively impacted so many aspects of what we do.”

Perhaps the most heartfelt observations come from Tajci herself, who says the L1 Model II systems have done what no other sound system has ever come close to accomplishing. “Because we can play with speakers behind us, the audience is hearing what we’re hearing on stage, and because of the degree of control that the T1’s give us, that sound is like listening to the speakers in a recording studio,” she says. “It’s that clear. I also think it’s made me a better musician, because I can hear everything – my vocals, my keyboard – in ways that you never could before on stage in a live performance environment. I can hear every note. I can express more.” Tajci also evokes a terrifically passionate response from her fans at shows, and she says that by having a sound system that is essentially invisible on stage, it removes that perceptual barrier between her and her audience. She recalls the few occasions when in very large venues she’s had to work with installed PA systems with floor monitors. “The monitor mixers do their best, but it’s never the same as when you can hear yourself like you can with the Bose L1 systems. I don’t ever want to go back to traditional sound systems. I want my Bose!”