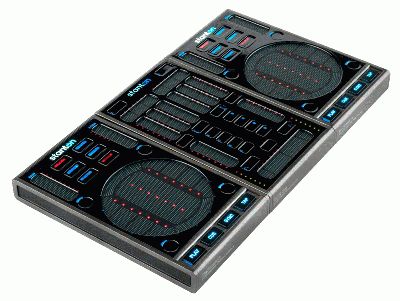 “With the direct integration of the Atomix Virtual DJ, users can experience the full power of the compact touch controls of the SCS.3 system,” says Timothy Dorwart, General Manager of Gibson Pro Audio. “For those wanting to grow with their SCS.3 system, users also are provided a specially priced upgrade path to Virtual DJ Pro, which offers them the ability to add more effects, remap controls to their needs and realize greatly increased video mixing functionality, such as the ability to add new FX and skins from the Virtual DJ website. For video DJs looking to expand their capabilities or those looking to get into video DJing, this is a great tool.”

Stanton’s SC systems represent the world's first truly professional DJ control systems, designed to fully empower laptop DJs and desktop producers. The integration of the SCS.3 system with the Virtual DJ software looks to expand upon this reputation. When the SCS.3 system is used with Virtual DJ, it is driverless, so users can be up and running within minutes, without a complicated setup procedure. Users now are offered even more capabilities, including four-deck control, FX, loops and full-screen video output for a club-ready video DJ setup.

For users of other popular DJ applications, Stanton also provides a comprehensive set of MIDI presets to be used in DaRouter®, Stanton’s MIDI preset manager. Using DaRouter, users can integrate the SCS.3 with their favorite DJ systems.