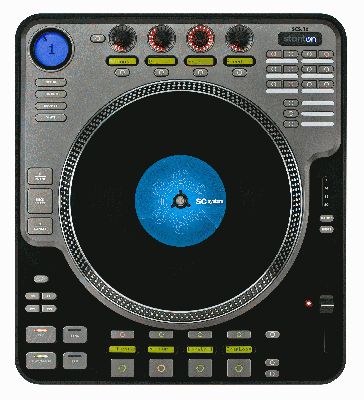 Tim Dorwart CEO of Stanton comments: “Our team is very pleased to be able to announce these updates. The new capabilities of the SCS.1d enhance the performance of both scratch and general platter control. This should certainly help those migrating from traditional DVS turntables, to controllers who require the additional features integrated into the platter, right next to the place their fingers are when manipulating the platter. The new presets for both SCS.1d and SCS.1m extend this functionality to a whole host of other applications for DJ’ing live, composing and mixing”

Stanton has released a new preset for Native Instruments Traktor Pro® application, updating it to match the new features.  Additional new presets include new Generic presets (4 in all) that allow the SCS.1 to be mapped into most DJ software packages; an Ableton Live preset for the SCS.1m, which fully supports clip and scene launching, mixing control, sends/groups, and FX control; a HUI preset that allows the SCS.1m to be used as a DAW controller for many common software packages (ProTools®, Nuendo™, Cubase™, Logic™, Sonar™, etc).  Because Stanton utilized the HUI protocol, there is little to no mapping needed on the user’s part.

This new ASIO driver for Windows® fully supports not only Windows 7 (32- and 64-bit varieties), but also is backwards compatible with Vista64 and XP. They also separated this installer from the DaRouter installer to make it easier on the end user to update components.

A new SCS.1 DaRouter has been developed, which implements a better scratching algorithm. In response to user requests, it also allows for multiple instances of DaRouter to run simultaneously, which allows for the use of (for instance) 4 SCS.1ds at once.  Of course, this version of DaRouter will also bundle in all the new presets so users have instant access to the new features

Stanton has also updated the SCS.1d firmware, which not only improves the scratching performance of the SCS.1d, but also makes it more compatible with current DJ software. Like the ASIO driver, they’ve also separated this from the DaRouter installer to make installation and updating straightforward and error-free.