Scott Davies, Vice President of Marketing at the American DJ Group of Companies, has resigned his position and retired from the firm after more than 25 years of service. 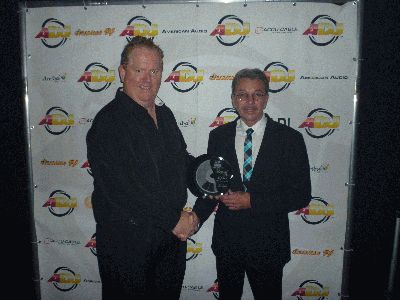 Scott Davies, Vice President of Marketing at the American DJ Group of Companies, has resigned his position and retired from the firm after more than 25 years of service. Davies, who joined the company, soon after it was founded by his brother Chuck Davies, served ADJ in a variety of positions through the years and was involved in many of its outstanding achievements as it grew into an industry leader. He received many awards for his contribution to the company and the DJ industry, including most recently a Lifetime Achievement Award at the 2006 Mobile Beat Show.

"Scott made many invaluable contributions to this industry and this company," said Chuck Davies. "He had a deep understanding of the lighting and DJ business and a deep appreciation of our customers and their needs. He approached every job with energy, insightfulness and passion. I'm proud of what he accomplished here and thankful for the fact that he worked hard in recent years to set up a great marketing team at ADJ that will carry on his mission and remain true to his vision. Now that he has decided to move on, all of us wish him well in his future endeavors."

Following his retirement, Davies intends to pursue other business opportunities, including Arriba Cases, which will manufacture and supply cases for sound and lighting equipment.