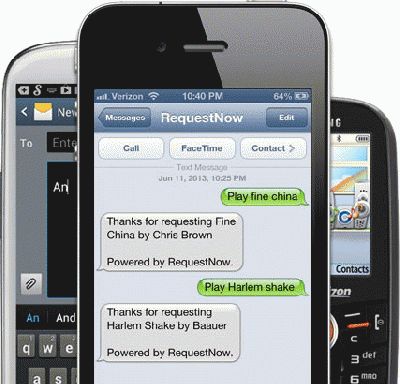 RequestNow originated from the days when Matt DJed. As partygoers continually bombarded him with song requests, he realized that a better system could remedy the problems he and other DJs faced. A few years later, after meeting in an Intro to Computer Science class we began discussing the idea of a text-based request system. As we built the bare bones and launched a beta, we realized that what at first we thought was a simple idea had so many potential avenues of growth. We became extremely excited that our product could be used to help DJs make themselves more well-known and that better music could be played at events all around the world.

We've added new features that allow DJs to better interact with the audience that our beta users were eager for us to build including the ability to respond directly to users that have sent in requests, custom messaging, and the ability to send a text after to all the people who attended the event. Without Rough Draft we wouldn't have been able to be at this point this soon. We're excited for the future of RequestNow and we're excited to have Rough Draft along for the ride.

Because it's a simple way to enhance any event.