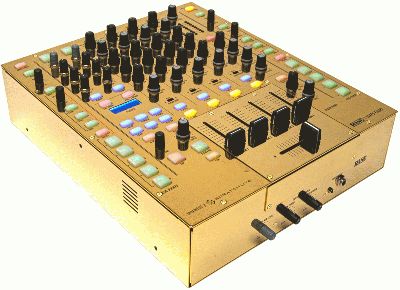 Every year the DMC DJ Championships grow. The competitors become more innovative and the DMC brand itself becomes even more critical to the technological advances in DJ and music culture. The DMC World Finals 2011 were no different, as the competitors harnessed the opportunity to use Serato Scratch Live and DVS in their routines, pushing the standards of every set even higher.

Each of the competitors at this year’s World Final were of an extremely high caliber, but after a hard fought battle, Vajra took the crown for the USA. No one in the building could question the skills he had displayed, as he cut and scratched his way to becoming the owner of the 2011 title and the much talked about gold-plated Rane Sixty-Eight mixer, among many other prizes supplied by Rane and Serato. Japan’s Izoh came in second with a highly entertaining routine, and DJ Co-Ma, also from Japan, came in third. 2 x DMC UK Champion JFB delivered a masterful performance which now places him 4th in the World.

The Battle for Supremacy ended in style with France’s DJ Nelson taking out all competitors with the skills only a champion of champions could exhibit. The Runner up Norihito from Japan battled hard too, and will without a doubt be coming back next year to try and retrieve the crown.
The Team Battle on Thursday got people talking, with Japan’s Kireek winning the title again – their 5th consecutive win, now beating C2C to hold the world record for consecutive World Team Championship wins.

In between the acts, charismatic host Inja charmed the audience with his trademark style treating the crowd to a host of new tracks that sounded huge on the Indig02’s purpose built sound system. Thursday saw The X Ecutioners return to show London precisely why they are considered one of the best DJ Crews on the planet. Hobbit joined all female beatbox crew The Boxettes to provide a welcome break to the testosterone in the room, providing all kinds of inhuman noises that impressed the typically turntablist enthusiast audience.

On Friday night the 2010 World Champion DJ Ligone performed a special Rane and Serato showcase, and Nathan Flutebox Lee and The Clinic stormed the stage with live-band backed rap and flute-boxing (beatboxing and flute at the same time) leaving no one in the room able to believe what they were seeing. DJ Switch performed the impressive Concerto for Turntables, and 2003 World Supremacy DJ Tigerstyle cracked out the MPC for a multi-hardware show.

All in all the two-day event was another example of how the DMC World Championships keep moving with the times and are getting bigger every year. DMC are looking  forward to 2012’s proceedings, and are proud to announce that  Rane and Serato will continue their valued support of DMC in sponsoring next year’s events. This of course means the 2012 World DMC DJ Champion will also be receiving a specially manufactured gold-plated Rane mixer for Serato Scratch Live.