Pioneer DJ Going To The Movies

Today Pioneer DJ announced its participation in the upcoming 2015 summer movie, “We Are Your Friends” a coming of age story set in the world of electronic dance music starring Zac Efron 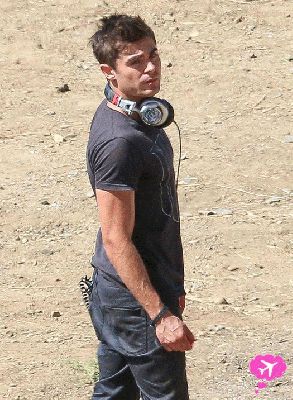 Today Pioneer DJ announced its participation in the upcoming 2015 summer movie, “We Are Your Friends” a coming of age story set in the world of electronic dance music starring Zac Efron as an aspiring DJ named “Cole”.

Throughout the movie Pioneer DJ gear is used as a key component in helping “Cole” develop into a success.

“We’re  excited  to  be a part of this movie because it showcases Pioneer’s involvement  in  the  growth  of  electronic dance music and culture,” said David  Arevalo,  director  of  marketing,  Professional  Sound  and  Visual Division for Pioneer Electronics (USA) Inc. “DJs are today’s rock stars and this  film  characterizes  how,  with  the  use of our flagship products, a hopeful  DJ  can become just that.  Pioneer DJ products are the most widely used  gear  by  today’s  hottest  DJs because of their high performance and sound quality.”

Pioneer’s  top-of-the-line  CDJ-2000NXS digital player and DJM-900NXS audio mixer are used throughout the movie by different characters to play, “mix,”

and “scratch” their music.  These same Pioneer products are the most sought out and widely used components in the DJ industry and are found in the most prestigious  night  clubs,  bars,  music  events,  and festivals around the world.

2014  marks  Pioneer’s  20th  anniversary  in the DJ industry, as its first product, the CDJ-500 was released in 1994, enabling DJs to mix music in the digital form using compact discs instead of vinyl records.  In an effort to stay  authentic  to  the  world,  director Max Joseph insisted on using the exact  components DJs are using today.  Given Pioneer's expertise in the DJ industry,  the  film  is an ideal project for Pioneer's involvement, and an opportunity  to  showcase  the  contribution  it’s  made  in today’s highly popular electronic dance music and culture.