With its excellent and innovative design, the Pacemaker by Tonium has succeeded in one of the most renowned and hardest international design competitions. In the red dot award: product design 2009 the top-class jury awarded the “red dot: best of the best” for highest design quality only 49 times among the 3,231 submitted products. According to the judgement of the jury, Pacemaker is among these 49 pioneering design products. The festive awards presentation with more than 1,000 guests will take place in the Essen Opera House, the Aalto Theatre, on 29 June 2009. 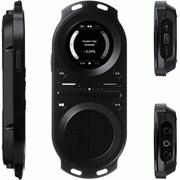 “Successful products are in so far different from less successful products that they can survive in the real world,” explains design expert Professor Dr. Peter Zec, initiator of the red dot design award. “Successful participation in a design competition can already be an initial sign of a product’s later commercial success, because these competitions allow an objectification of otherwise often very subjective design decisions.” Receiving an award in an internationally renowned design competition such as the red dot design award was therefore an important indicator whether a product had the potential to succeed internationally.

Products submitted to the red dot design award are assessed by an international jury consisting of renowned design experts. They examine and test the products and assess them according to criteria such as degree of innovation, functionality, ergonomics, longevity, ecological compatibility and clarity of function. This year companies from 49 countries with a total of 3,231 products faced the judgement of the jury.