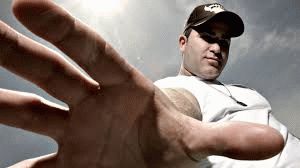 The Las Vegas DJ Show is excited to welcome songwriter, producer and remixer Jason Nevins as one of this year’s Keynote presenters. Nevins is most widely known for his pop dance productions, including his multi-platinum, multi-million selling production of "It's Like That" by US rap group Run-D.M.C which reached #1 in more than 30 countries and more than $5 million dollars in worldwide sales. In 2013 Nevins produced the Top 40 version for the #1 selling Country group Florida Georgia Line's hit single "Cruise" featuring superstar rapper Nelly. His idea of adding Nelly to the record also helped propel it to the top of the charts. The song went to # 2 on iTunes and peaked at #4 on the Billboard Hot100 and has amassed over 2.5 million in sales.

Nevins will share the secrets to his successes as a producer and remixer. He will offer a unique inside look at the music business and how to stand out in an industry where competition is fierce. He has worked along side some of the best in the business and will offer perspectives about production and remixing that can be applied to our efforts in business and DJ showcases. Join him Monday, September 8th for an enlightening keynote presentation you’ll never forget.