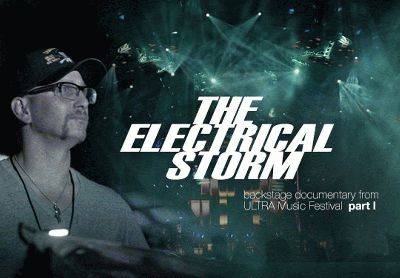 At this year’s ULTRA Music Festival in Miami, HARMAN’s Martin Professional hooked up with the people who dedicate their lives to make the massive production, that is ULTRA, a huge success once again.

In this video, part one in a series of three, you’ll get to meet some of the key people getting their hands dirty while preparing for the show. Watch them in the act as they fire up the ULTRA Music Festival engine for the ultimate festival experience and prepare to give you and the crowd a sensory overload.

ULTRA Music Festival is an annual, outdoor electronic music festival starting in Miami, Florida and then moving onto nine countries across the globe. It has become an international hub for a multitude of subcultures, all celebrating the music they love.

ULTRA Music Festival is also where industry people meet to pick up groundbreaking tricks, to learn and get inspired. The genre of EDM (Electronic Dance Music) is currently at an all-time high, and all the sub-genres of EDM culminate in a massive electrical storm of EDM at ULTRA.

Every year, ULTRA Music Festival gathers an impressive line-up of the world’s biggest EDM DJs and music producers, here amongst the accomplished Carl Cox who, for the 10th year running entertains ULTRA’s crowd in the Carl Cox and Friends Arena.

A show like ULTRA Music Festival is a complex equation, where all the pieces have to add up. While the guys behind the scenes worked hard to get everything ready in time, disaster was lurking around the corner. As showstart drew closer, so did a tropical storm. Weather forecasts predicted a veritable electrical thunderstorm with tropical showers which, if it were to become a reality, would force the organizers to cancel the show. All technical elements in the stage designs were equipped with some shielding, but this was no way near sufficient to withstand the raging elements of a tropical storm. Luckily, the festival gods above showed mercy and the storm evaded Miami at the last minute.

Being one of the first to kick off the festival season, ULTRA Music Festival strives to not only outdo last year’s shows in every aspect, but also to raise the standard and become a benchmark for the other festival experiences of 2014. At ULTRA Music Festival only the best is good enough. Failure of one means failure of all, and innovation in stage design reaches sky-high proportions, year after year.