Get On Your Feet! 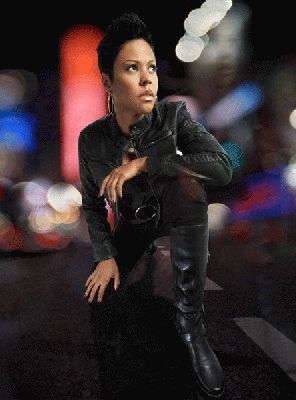 American DJ has kicked its Customer Appreciation Party at the Mobile Beat Show party into a distinctively dance mode for 2013.  Entertainment for the event, which takes place on Tuesday February 5th at 8 pm, is headlined by dance music star and Billboard Music Award winner Crystal Waters, who has recorded multiple Top 20 dance chart hits. Joining Waters in the ADJ entertainment lineup will be Thrill da Playa and Mike-Mike rappers from the legendary 69 Boyz, the Florida group famous for the Tootsee Roll dance/song, and Daddy Black of 95 South (Whoot There It Is) fame.

“In the past, our Customer Appreciation Party has featured many rap legends like Naughty By Nature and hip hop groups like Digital Underground,” said Scott Davies of American DJ. “This year, we’ve gone to more of a dance music theme. DJs love to get people out on the dance floor, and no one has done this better than Crystal Waters. Combine her with songs like Tootsee Roll and Whoot There It Is, and  you have a very high energy event.”

Waters burst upon the dance scene with her mega hit Gypsy Woman, which reached number 8 on the Billboard Hot 100 charts and number 2 on the UK Singles chart, eventually being ranked number 48 on the “Greatest Dance Songs Of All Time” by Slant magazine.  The famous “la da dee… la dee da” refrain on Gypsy Woman has been sampled numerous times by artists from a variety of musical genres.

In addition to headliner Waters, the American DJ Customer Appreciation Party will include a joint performance by Thrill da Playa (lead rapper) and Mike-Mike, two of the members from  69 Boyz, and  Daddy Black, part of the original duo that made up 95 South.  The 69 Boyz dance hit Tootsee Roll reached number 8 on the Billboard Hot 100 charts, and 95 South’s hit Whoot There It Is peaked at number 11.

“We have some incredible star power for this party,” said Brian Dowdle, marketing director for American DJ. “People who attend will see a lot of big hits performed on stage. We do this party as a way of showing our appreciation for our customers, so every year we try to make it a special event.”

Sponsored by American DJ, American Audio, Global Truss America and Arriba Cases, the ADJ Customer Appreciation Party will be hosted by DJ Sparky B. and will include a surprise guest star, as well as onstage appearance by Brian Redd of DJ YouTube Practice and Enjoy fame and former DMC champion DJ Etronik.

The party takes place during the Mobile Beat Las Vegas DJ Show at the Riviera Casino and Hotel in Las Vegas, which runs from February 4-7. For more information on the show visit http://www.mobilebeat.com/las-vegas-dj-show/