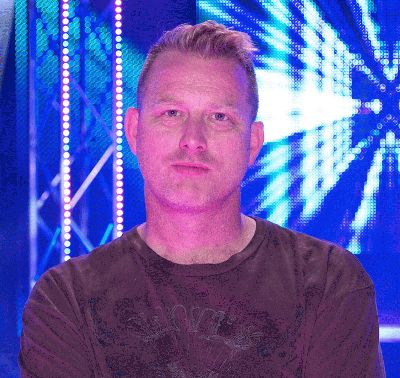 Just about every DJ plays parties, weddings and other events; and most of the time these gigs are for salt-of-the-earth everyday people, but every once in a while a lucky DJ gets to perform at an event for a genuine celebrity. Maybe it’s a star athlete’s wedding, or a birthday party for a film director’s teenaged daughter… it  doesn’t really matter; DJs who get these gigs remember them the rest of their lives – plus they have stories to tell their cohorts at every DJ show.

Now American DJ is giving every DJ the chance to indulge in this fantasy. The company is holding an appropriately-named Celebrity Fantasy Gig Contest.

Hosted by the company’s “contest meister” Brian S. Redd, the contest calls for DJs to create a video no longer than five minutes in length about their dream performance for a celebrity or famous person from any field. This celebrity can be a recording artist, a movie star, a sports hero, a political leader, a business tycoon… it doesn’t matter, as long as the person is famous in some way!

In the video, DJs get to tell the story of their fantasy gig. In addition to declaring which celebrity they’d like to play for, DJs will be required to have their video entries describe the type of gig  they’re playing (wedding, holiday party, awards gala, etc.), and which American DJ lights they’d use at the gig to impress their client.

The videos can be as humorous or serious as the DJs would like them to be, but creativity is key, since videos will be judged on presentation and originality.  Five prizes will be awarded to the most creative and inventive videos.  The prizes are:

·         Third Prize, selected by ADJ Under The Hood’s Chuck Green:  Two American DJ Mega Go Flood Pars (This product has not been released yet) and 100 ADJ Advantage Points.

“The Celebrity Fantasy Gig contest is a fun way for DJ’s and mobile entertainers to tell the story of what they’d do if they ever got the opportunity to perform for their favorite celebrity, and have a chance to win prizes for their efforts,” said Brian Dowdle, Marketing Director for American DJ.  “There are as many gig ideas as there are DJs and while we are looking forward to reviewing all of the fun and creative videos we will receive, we know it will be hard to pick a winner.”

To enter, DJ’ and mobile entertainers simply make a video(5 minutes or less)  about their dream gig and submit it as a video response on Brian S. Redd’s YouTube channel (http://www.youtube.com/user/briansredd) by 5 pm Pacific Time Friday, January 18, 2013.  Only videos submitted as a response on this channel will be considered by the judges. Prize winners will be announced on January 28, 2013 in a video on Brian S. Redd’s YouTube channel.  Entrants can submit as many videos as they’d like, but each one must be submitted separately and they must all be under 5 minutes in length.

This is an international giveaway. Void where prohibited by law. No purchase is necessary.  For questions about this contest or the winners please e-mail: marketing@americandj.com.