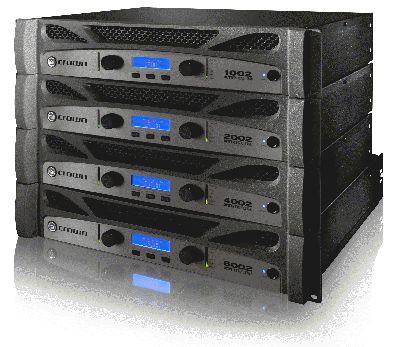 The XTi 2 features enhanced control with Crown’s revolutionary PeakX Plus™ limiters. The limiters are derived from the same framework as those found in I-Tech HD and the new XLS DriveCore Series amplifiers allowing users to manipulate threshold, attack and release times. A new and improved subharmonic synthesizer offers more accurate control over which frequencies are targeted and can be tailored for a specific system or room setup.

Offering increased amplifier functionality, users now have Advanced Thermal Control giving them the ability to tailor the fan performance to their specific application. XTi 2 also increases the amount of presets a user can save and recall from 20 to 30. Enhancing power management, a new status section on the amplifier allows for the monitoring of power supply temperature and AC line voltage making troubleshooting even easier

"Crown’s proven reputation in the portable sound market for building amplifiers that provide the highest level of value and performance is unparalled. The new XTi 2 series pushes the industry threshold and redefines the feature set that users can and should come to expect from portable PA amplifiers,™ stated Andy Flint, Marketing Manager for Crown.

XTi 2 amplifiers are also fully compatible with HiQnet™ Band Manager™ software.  The free-of-charge application provides a sleek redesigned function-driven interface, which has been re-skinned to simplify system setup and management while enabling audio professionals, musicians, and engineers to configure and control a rack of Crown XTi and now XTi 2 series amplifiers.