Chris Cox On Board as Keynote for Las Vegas DJ Convention 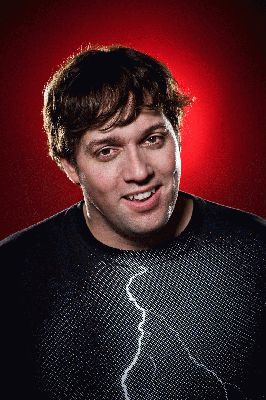 The Las Vegas DJ Show is excited to welcome songwriter, producer and remixer Chris Cox as one of our Keynote presenters for this year.

Chris Cox is an American dance music record producer, remixer, and DJ who has worked on over 600 records. He has had a total of 44 Billboard dance chart number ones as part of the hitmaking remix team Thunderpuss, and others with Pusaka and as a solo artist. He was nominated for a Grammy in 2004 for his production work with Cher.

His first industry-released remix was in 1989 for the Paula Abdul and MC Skat Kat song "Opposites Attract", which he manually cut on an old two-track reel-to-reel. He has since remixed records for Janet Jackson, Christina Aguilera, Britney Spears, Madonna, Michelle Branch, Stacie Orrico, Hilary Duff, Mylène Farmer, Donna Summer, Kelly Osbourne, Rihanna and Kelly Clarkson. In 2008 he produced the album Hannah Montana 2: Non-Stop Dance Party, which spent several weeks at #1 on the Billboard Dance/Electronic Albums Chart. He continues to produce and remix dance music as well as travel internationally as a club and festival DJ.

Cox brings an amazing level of intellect to the stage. His experiences as a top record producer will shed light on production that is second-to-none. As a remixer and internationally known DJ – he will offer valuable advice regarding the business and stage side of the profession. Be ready for a great session that will define what happens when hard work and steadfast determination is followed. Join Chris Cox on Monday, September 8th as his Keynote presentation opens the 2014 Las Vegas DJ Show.