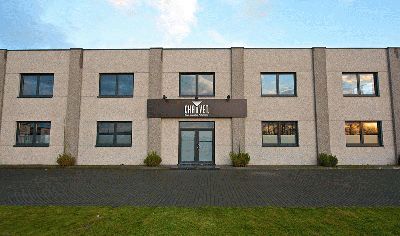 Chauvet, a leading supplier of entertainment lighting headquartered in the USA, has opened a full-service subsidiary in Ghent, Belgium. The facility, which follows in the steps of a Chauvet branch in the United Kingdom, acts as the Chauvet distributor in the Benelux area serving dealers of CHAUVET Professional and CHAUVET DJ brands in Belgium, the Netherlands and Luxembourg, while supporting Chauvet distributors and strategic partners elsewhere in Europe.

“Given the success of our operations in the UK, it made sense to expand to an inland facility so we can better serve customers not only in the Benelux area but also throughout the continent,” said Chauvet President Albert Chauvet. “With high profile products like our CHAUVET Professional Nexus and ÉPIX being seen worldwide, and the widespread following of CHAUVET DJ in multiple countries, we’ve established globally recognized brands. This facility will help bring these brands to more markets, even more rapidly.”

In addition to serving as a sales, service and distribution center, the Belgium facility houses a showroom for conducting product demos and training. The new subsidiary is Chauvet’s fifth office globally, joining two facilities in the United States and one in Mexico as well as its United Kingdom operation.

“We are eager to see our new Belgium subsidiary build on the success that we have enjoyed elsewhere,” said Michael Brooksbank, General Manager of Chauvet Europe. “Having been involved with the Chauvet UK operation since its inception in 2010, it’s been very gratifying to see how the European market has responded so positively to our formula of offering quality-driven value products and supporting them with a passion for service.”