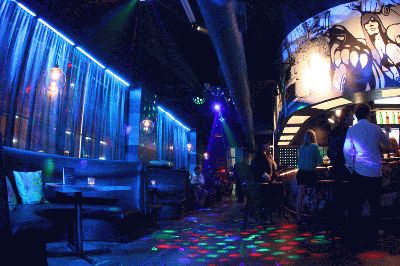 Spike TV’s hit series “Bar Rescue” features bar and nightlife expert Jon Taffer and his team of experts who revamp struggling bars nationwide. In the episode airing on July 14, the team used 54 CHAUVET® DJ fixtures to assist in the transformation of Cashmere Nightclub into Dual Lounge and Nightclub.

To revamp the lighting system and create a new look for Dual Lounge and Nightclub, Jack Kelly, entertainment technology designer for Eye Dialogue, designed a lighting scheme with the freedom to create a broad range of looks using nine different types of fixtures — all while staying within the allotted budget. Twenty-two COLORrail™ wash lights add bold colors and chase effects to the area surrounding the dance floor, as well as sections of sheer fabric that line the perimeter of the venue. 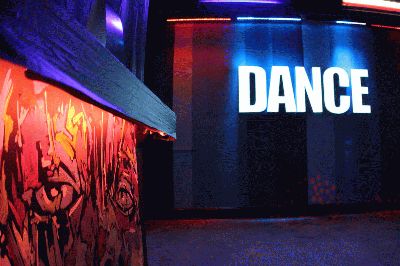 “Packed with power and effects, COLORrail™ is the best wall wash on the market at its price point,” Kelly said. “With a narrow beam angle, it keeps light and energy going up the wall instead of wasting it by spreading all over the place.”
Eight Intimidator™ Spot LED 350 moving heads mounted above the dance floor have unobstructed 360-degree movement and create eye-catching grid patterns using bright, solid beams. To match the intensity of the moving heads, four Intimidator™ Scan LED 300 scanners mounted to the surrounding walls generate morphing, mid-air “pop and stop” effects.

“Intimidator™ Spot LED 350 is a great and affordable moving head,” Kelly said. “It’s bright, has superior movement capabilities and a solid beam effect. We use the units in groups of four to capitalize on the amount of projected effects.”
For texture and multiple layers, six Scorpion™ Storm FXGB lasers disperse a massive amount of colorful green and blue beams and dots without brightening the space.   The addition of these fixtures also incorporates shapes, 3D mapping and increased depth of field. Six Orb™ effect lights — strategically placed throughout — serve as transition pieces by creating a look that changes the feel of the entire club. The projected effect focuses energy on the dance floor while simultaneously creating an entire room effect.
MotionDrape™ LED creates a visually stimulating backdrop in the lounge, while an additional drape blocks off the sound area and functions as a door. Kelly favors the LED drape because it is comparable to a low-res video wall, features eye-catching patterns and is based on a concept unmatched by any other fixture. To bring interest to the walkways throughout Dual, four Vue™ 1.1 offer a completely different look as they emit a simulated canopy and project moving effects and patterns on the floor. As a final touch, Kelly uses the ultra-bright and punchy Impulse™ 648 strobe light for its lightning fast strobe effects and all-on feature that doubles as a subtle indicator of closing time.