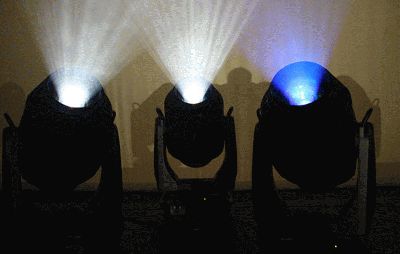 The Artscape Theatre Centre in Cape Town’s foreshore area is in the process of upgrading the lighting facilities of its three theatre spaces. The centre was originally established in 1971 as the Nico Malan and was renamed Artscape in 2001 under the aegis of the provincial administration.

It is a prominent feature of the Cape Town cultural scene with thousands of top acts and actors entertaining hundreds of thousands of people over four decades.

In late 2012, the complex received funding to upgrade the lighting rigs of the theatre spaces. Artscape’s Senior Lighting Technician, Nicholas Tilney, says there were two objectives with the upgrade: “Firstly, our Martin MAC 2000s, which were installed in 2000 and 2004, were getting old. Secondly, all three venues at the Centre are getting busier and we needed a system with a quicker turnaround time.”

With more shows and with shorter runs it was essential that time spent setting up and focusing be kept to a minimum. Nicholas and the rest of the crew discussed this and came up with a list of equipment that would cut down the time they spent focusing lights by half. “We feel we came up with a list that matched good quality with the versatility and flexibility that is essential to our multi-discipline venue,” explains Nicholas.

The Artscape crew’s decision was to stick with Martin Professional products because of the incredible service the MAC 2000s had given over more than a decade. This meant they turned to Electrosonic SA’s Robbi Nassi to guide them through the process. “Electrosonic SA was an automatic choice,” says Nicholas. “Their service – and that includes back-up, spares, and especially training – is superb, I can’t fault them.”

The upgrade was planned to take place in two phases. The first phase was the delivery and installation of 15 Martin MAC III’s. The second phase included an additional nine MAC III’s and 24 MAC 700s. This does not mean the MAC 2000s were being thrown out. “After 12 years they are still great, we’ve given them lots of love and attention and they have given us fantastic service, and they will for a while yet,” says Nicholas.

For Nicholas the most attractive element of the MAC III is its zoom capability. “It has the widest zoom on any unit I have ever seen and is extremely useful for our venue,” he explains. Another attribute Nicholas appreciates is that the shutter module that can be added to the lamp is included in the initial offering and does not have to be purchased separately. The 1500-watt output is also impressive. “No other moving head that I know of has that high a lamp rating,” he says.

Nicholas is looking forward to setting up for a production with a long run. “We don’t fully appreciate yet what the features can do for us. We’ll learn as we go,” he laughs; “We can’t wait to use them to their full capacity in a full artistic environment.”

As a world leader in the creation of dynamic lighting solutions for the entertainment, architectural, and commercial sectors, Martin lighting and video systems are renowned the world over. Martin also offers a range of advanced lighting controllers and media servers, as well as a complete line of smoke machines as a complement to intelligent lighting. Martin operates the industry’s most complete and capable distributor network with local partners in nearly 100 countries. Founded in 1987 and based in Aarhus, Denmark, Martin is the lighting division of global infotainment and audio company HARMAN International Industries. For more information please visit: http://www.martin.com.