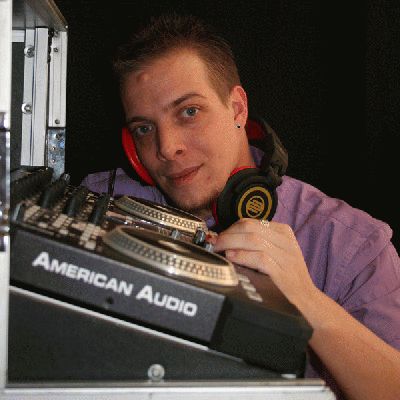 Video mixing has brought an exciting new visual dimension to the performances of DJs and mobile entertainers.   It’s also been good for their wallets, because being able to offer video mixing services to your clients allows you to command higher fees at parties and gigs.

Ever wish you could become part of the hot video mixing trend?  Now you can!  Learn how to add video mixing to your repertoire by attending Video Mixing 101, a seminar sponsored by American DJ and American Audio at the 2012 BPM Show on Sunday 7th October at 12:00 Noon.

A purely informative seminar (no product plugs!), the session will be presented by some leading experts on the subject of DJ video mixing: YouTube sensation Brian S. Redd; along with DMC champion Edgar (DJ Etronik) Bernal, and Lancaster, UK-based DJ/VJ/Lighting Designer Andi Crampton. The three panelists will guide you through the process of getting started in video mixing, and show you step-by-step how to put together a video mixing gear package with an adaptor that links your MAC or PC to your video screen.

Attendees will also learn how lighting and video mixing interplay and enhance one another, and they’ll get some cool ideas about how to integrate video technology into their performance with teleprompters, timelines (for example, showing the evening’s schedules), and flat screen monitors.  The seminar will also show you how to avoid common pitfalls, and how, from a business perspective, video mixing can increase your show’s value and revenues.

Video Mixing 101 isn’t a typical lecture-style class. Attendees will get the opportunity to actively participate in the seminar via hands-on demos of video mixing gear and a question-answer session.  “If you’re a DJ or mobile entertainer who has ever thought of getting into video mixing, and you’re going to be at the BPM show, you should definitely plan to attend this seminar,” said Brian Dowdle, marketing manager for American DJ.  “You’ll learn everything you need to know to get started and have all your questions answered by individuals who are among the most knowledgeable about DJ video mixing in the world.”

The three Video Mixing 101 panelists bring with them impressive backgrounds.  Brian S. Redd has produced more than 1,250 DJ instructional YouTube videos (http://www.youtube.com/briansredd ), amassing over 20,500 subscribers and becoming known throughout the worldwide DJ community as a leading consultant and educator. A DJ since 1995, DJ Etronik (http://www.facebook.com/djetronik) has won numerous DMC competitions as well as a Winter Music Conference Scratch Championship.  DJ/VJ/Lighting Designer Andi Crampton, the owner of Disco Dreams in Lancashire, UK (http://www.discodream.co.uk), has been involved in video mixing for over three years and seen his bookings increase substantially as a result.