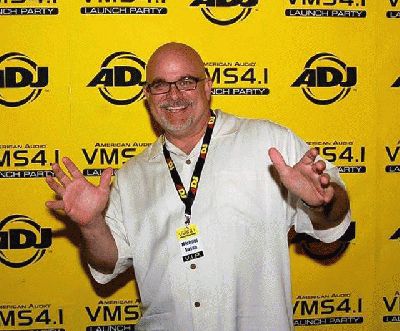 Mike Susca (DJ Mikey Mike) is traveling over 8,600 kilometers from Los Angeles to the BPM Show in Birmingham. It’s doubtful that many DJs traversed a greater distance to get to Europe’s largest DJ show, it’s almost certain that none earned their passage to the show in such a novel way.

The California DJ won his trip to BPM from American DJ in its Come Play In The UK Contest.  The contest invited DJs to submit a short video that described which European DJ or musician they would like to meet. Mikey’s 2 minute and 39 second production, built around a rap version of Yellow Submarine and featuring cameos by the Royal Family and Beatles selected DJ Simon Fletcher as the must-meet star.

Looking at his trip to BPM, Mikey can only describe it as a “dream come true.” Last year, American DJ ran a contest in Europe that offered DJs a chance to win a trip to the Mobile Beat Show in Las Vegas and attend the American DJ Customer Appreciation Party, which featured a performance by Naughty By Nature. By sending Mikey to BPM, the company has completed its trans Atlantic DJ bridge building.  For more information visit www.americandj.com.