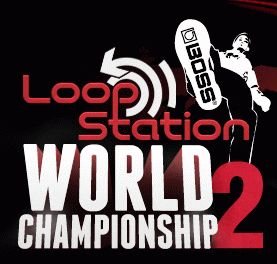 WHAT: BOSS, the leader in guitar effects and recording, is pleased to host the second BOSS Loop Station National Championship at Musicians Institute in the heart of Hollywood, California. The contest will be streamed live on www.GuitarTV.com as well! Special headline performance by The Iron Maidens.

WHO: Six talented musicians from around the country will perform their original compositions with the support of a wide range of instruments and the legendary BOSS RC-Series Loop Station pedals. The RC-2, RC-3, RC-20XL, RC-30, RC-50, and RC-300 Loop Station pedals record, layer, loop, and store audio from their instruments on-the-fly, allowing musicians a whole new level of improvisation and creativity.

The grand prize winner will receive $3,000 in BOSS and Roland gear, and a chance to compete at the Loop Station World Championship in Frankfurt, Germany, during the 2012 Musikmesse trade show.

Finalist video highlights can be viewed here (click on each contestant's name to see the video via YouTube™). http://www.bossus.com/go/loop_station/