Up the Music Stream Without a Paddle? 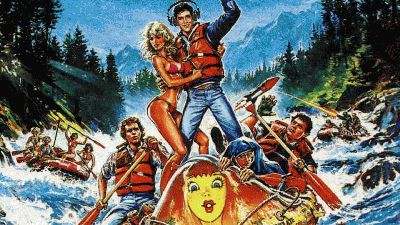 There has been a dangerous ball batted around the DJ park lately in regards to DJs exclusively using streamed music for their performances at weddings and events. The reason we say this is dangerous is because once again, it is placing the music on the back burner and making it even less significant in the  role it plays in DJing. The last time this happened was when mp3s were introduced, but with mp3s, at least the music was being held up by a strong chain as long as the mp3s were ripped correctly. With streamed music, it replaces that chain with a thread that can be cut at any time by dozens of problems that are completely of the control of the DJ.

Being "tethered" to your music service may sound cool, but look at how many times your phone has suffered from dropouts, not to mention the times your local internet provider has failed with their 99% uptime guarantee. If the internet goes down, so does you source for music.

The internet connection is just one of the issues you could run into. Having been in the internet business for the past 15 years, I know that even with redundancy there can be issues with servers, routers, power supplies, etc. All are vital in providing a non-stop data link to your laptop or tablet to keep the music playing. Redundancy only means that if something fails, your connection is switched to a different server, rerouted through a different router, or you need to wait while someone in the "KNOC" restarts everything, kicks all the connections over to another server, or runs out to start the backup generator.

Not every place in the country has internet or even cell phone connections, so what happens then? Do you fall back on the oldies from last year?

On a different note, aside from the connection is the music itself. I was listening to an oldies internet radio station the other day and heard a song by the BeeGees. Okay, I may be dating myself but the version I was expecting definitely was not the version I knew. Matter of fact, it was a version that was released only over in Europe. How can you be 100% sure of the version of the song you will be getting via a streaming site? Yes they may claim to have 20 millions songs, but with licenses and regulations varying from country to country, it could be possible that that number is made up with the versions of the songs they are allowed to stream.

Also, what happens if songs get pulled? Having been a Netflix watcher for the last 8 years, I have watched as Netflix has movies that "disappear" no longer to be seen or available for streaming due to licensing. As the record companies get tighter and tighter, what if they start "loaning" or even "leasing" music to the streaming sites? You could be at an event and go to play a key song or a mix you have been playing for months, only to have it no longer available to you.

Depending on streamed music for your weddings or events is equivalent to driving an electric car that needs to be plugged in all the time. You would never think of driving around town in a car hooked to a ridiculously long extension cord, would you? What happens if the cord comes unplugged?

For now we will stick with the old reliable of having the music with us everywhere we go. Leasing music from companies like Promo Only, TM Century, Top Hits, etc. is both cost effective and the legal way to have a music library, a terabyte drive does not weigh that much and the peace of mind knowing you will not disappoint your client in the middle of the first dance mix or any mix is priceless.