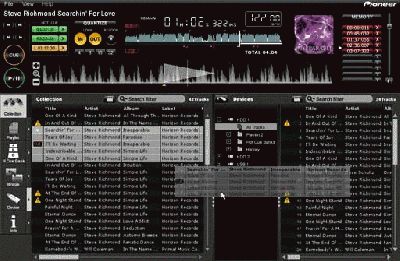 Pioneer’s  highly  popular rekordbox digital music management software adds more  music  access  functionality.  The rekordbox 3.0 software update adds new  capabilities  called  “MY TAG” and “MATCH” for adding keywords and mix information for each track to music.  It also includes a “PREVIEW” function that  let  users  play  and  check  music  directly  from a list, “PLAYLIST PALETTE” function to display up to five playlists with the ability to edit, as well as a “SYNC MANAGER” function for synchronizing playlists from other software  locations  and  devices  (rekordbox/iTunes/USB  storage  devices, etc.).

The   rekordbox  3.0  software  can  be  downloaded  free  of  charge  from rekordbox.com  and  enables  management  of  music  files  stored  on a Mac computer or PC.  The simple to use software analyzes music information such as  beat position and BPM and gives users the ability to configure and save music   points  (cues/loops/hot  cues)  for  advanced  preparation  for  DJ