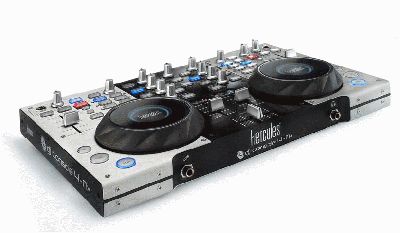 Hercules, a leader and pioneer in digital DJ controllers for computers, announces the newest version of their DJ Console line for Pro DJs, the DJ Console 4-Mx, an innovative and precise controller featuring large jog wheels (each equipped with touch sensor), a built-in audio interface tailored for DJing for easy connection with existing analog gear, and intuitive control over 2 and 4 virtual decks. Built for the ultimate DJ mixing performance, the DJ Console 4-Mx has intuitive and sturdy steel and aluminium crafted body with a wide variety of high-performance controls including 89 controls in 2-deck mode and 150 controls in 4-deck mode. Providing the ultimate portable solution for mobile and radio Pro DJs on the go, the edgy console fits easily into the club scene and will be available from November 22, 2010.

Jog wheels that change the mix

For all the scratching fans, the 2 large jog wheels have been designed just for you:

With a body crafted of steel and aluminum, the DJ Console 4-Mx is sturdy and ready for intense mixing sessions, providing a genuine feeling (the feel of metal) for DJs.

The wide variety of controls on the Hercules DJ Console 4-Mx makes it the ideal device for DJs to showcase their talent.

With 20 years of expertise in digital audio, the Hercules team has designed a built-in audio interface dedicated to the needs of DJs – for mobile, radio or club use. 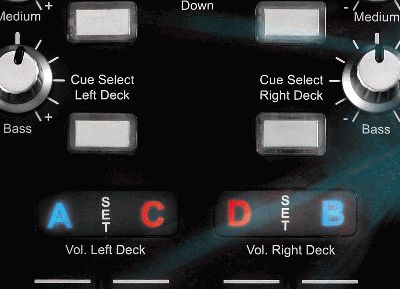 With the Hercules DJ Console 4-Mx, DJs can control either 2 or 4 virtual decks – a growing requirement in professional DJing.

For more information on the DJ Console 4-Mx or to check out the entire Hercules DJing range, visit www.hercules.com