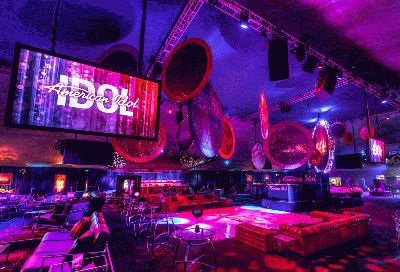 American Idol is known for creating overnight stars, who sometimes emerge in surprising ways.  That’s exactly what happened during the Fox reality show’s most recent season -- and no, we’re not talking about newly-crowned Idol Phillip Phillips, but another “Philips”-related star on the rise, the Platinum Beam 5R from Elation Professional.

An extreme ACL moving head, the Platinum Beam 5R turned heads at the American Idol Finale After Party, where its bright white beam and gobo and prism effects wowed the Idol cast and guests inside a football field-size tent at the Event Deck at L.A. Live. The lighting design for the party was handled by Kinetic Lighting (Glendale, CA), with the company’s Rachel Miller serving as LD and Eric Barth doing the programming.

Like Idol judges often do, Miller followed her gut instincts when she made the decision to give the Platinum Beam 5R star billing.   She had seen the new Elation fixture demo-ed at a recent open house held by Kinetic. “I loved what they did,” the LD recalled. “Just before submitting my design for American Idol, I realized how great they would be in our rig.” 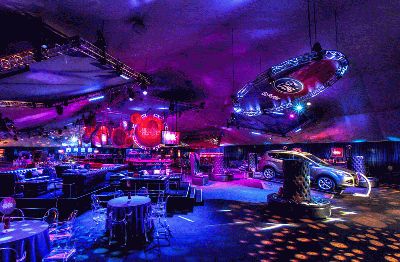 Producing an extremely bright, narrow searchlight-type beam, the Platinum Beam 5R uses the new, advanced MSD Platinum 5R lamp from (coincidentally!) Philips. This innovation allows manufacturers to design fixtures that take compactness and energy efficiency to a new level.  The Platinum Beam 5R runs on just 189 watts and measures a scaled-down 14.1” x 13.2” x 18.5”, despite being comparable to much larger, higher-wattage discharge fixtures in brightness.  It’s also packed with features that allow it to produce a wide range of effects, including 12 dichroic colors, 8 rotating gobos, 8-facet prism, and a Frost Filter that can transform its tight 2.5° beam into a wash-like effect.

Although Miller had originally intended to use the Platinum Beams on the deck as a Kleig light effect at the front entrance, she wound up putting them in the rig. Two Platinum Beams were positioned at the entrance and two at the rear, both shooting length-wise across the 300’ tent. “Once I saw the power these little guys had, I decided to fly them.  I hung them at the entrance trapezoid and the rear trapezoid, and had my programmer, Eric Barth, throw a gobo in them and put them into white.”

Here again, Miller was following her instincts – and taking a big risk -- as one of the client’s only requests had been “no white.”  “The client was going for a very dark, club-like environment,” she explained.  “They didn’t want any white or bright light that could distract from the deep dark look of the party. I suggested putting the Platinum Beams into white and got heavy resistance during the light check.  I asked Eric just to do it quickly to see their reaction.  They ended up loving it.  Because they didn’t wash out the party, they loved the bright, isolated beam look.  Eric threw in the ‘plus’ gobo and the prism, and the Platinum Beam had no problem shooting across the 300’ tent with perfect clarity on the gobo.”

Calling the Platinum Beam 5Rs the “coolest effects,” Miller added, “They looked SO awesome in white, and had this star-like beam panning across the room. The client ended up suggesting keeping the fixtures in white for the entire party!”

For programmer Barth, too, the Platinum Beam 5Rs proved to be a stunning surprise. “I took controls of the light and was amazed by how bright and crisp it was,” said Barth.  “I tilted the beams down from center, placed them in a pan effect and was blown away by the sheer ferocity and power of such a little, yet magical, light. After all that, I truly never thought there could be anything more from such a compact automated intelligent moving head fixture.  I was wrong.  I had found the gobo wheel.  Each position of the wheel gave me the ability to vastly and dramatically change my whole environment.  To add to that, there was a prism wheel to give me the ability to use this light as a David-vs.-Goliath in a world of typical run-of-the-mill 2K spot fixtures.”