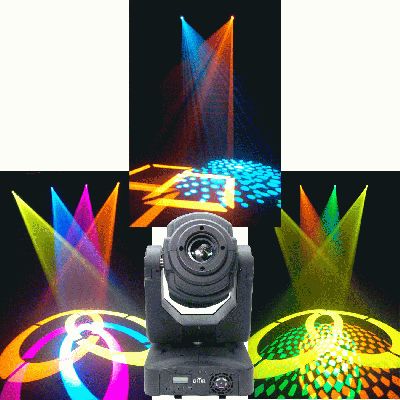 Both fixtures include a highly efficient patented optical system, a 16-degree beam angle, an easy-access gobo door, and shutter and strobe functions. Lightweight and easy-to-hang, Q-Spot 460-LED and Q-Spot 360-LED operate quietly and have a fast, precise pan and tilt movement complemented by a three-facet rotating prism and a motorized focus. Controlled by 11 or 14 channels of DMX. both lights feature 3- and 5-pin DMX input and output connectors.
The luminaires differ in their LED sources and gobo selection: Q-Spot 460-LED has seven 10-watt white.