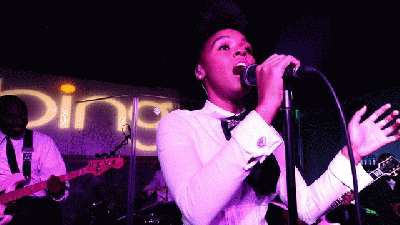 CHAUVET®, a leading manufacturer of professional lighting, announced the installation of 100 fixtures inside Bing™ Bar, an exclusive Microsoft®-sponsored lounge in the historic Claim Jumper Hotel, during this year’s Sundance Film Festival in Park City, Utah.  The festival takes place annually as part of the programs offered by Sundance Institute,  established in 1981 by American film icon Robert Redford and his colleagues.

All but four of the CHAUVET® fixtures were LED-fitted and specified by dealer Justin Chatterton, owner of The Beat of Time located in Clinton, Utah. Bing™, the decision engine from Microsoft®, created an invitation-only lounge for exclusive film premiere after-parties, happy hours, press junkets and musical performances by the likes of Snoop Dogg, Lil Jon and Janelle Monae.

Inside Bing™ Bar, every corner and wall were washed orange and blue—the colors of Bing—with COLORdash™ PAR and COLORstrip™ wash lights. The Jack Daniels-sponsored bar featured COLORado™ Batten 72 Tour wash lights while both stages were lit from above by COLORado™ 1 Tour wash lights. Upstairs, COLORdash™ Batten wash lights were placed over the doorways going out to balconies while the private interview room used Q-Spot™ 575 moving heads run by ShowXpress™ on the Xpress™ Plus DMX interface.

“LED fixtures provided the right hue we needed to bring out the existing architecture,” said Chatterton, “as we filled the space of this historic building with oranges and blues. Since the building was older, there wasn’t a ton of power and we could use multiple fixtures without overloading the power supply. LEDs also helped us avoid the high heat in intimate spots throughout the bar. Our design goal was to create a cozy, comfortable space for Bing Bar’s guests and celebrities.”

This was the second year Bing™ participated at the Sundance Film Festival.