CHAUVET MIN™ WASH GETS DOWN IN BALTIMORE 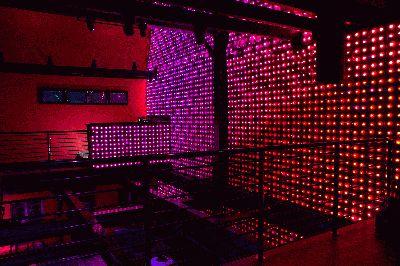 CHAUVET®, a leading manufacturer of LED lighting, announced 40 MiN™ Wash RGBW  palm-sized moving heads were installed in a new ultra lounge in Baltimore called The Get Down. The lights were specified by lighting and production designer Scott Chmielewski, president of Digital Media Designs and co-owner of the lounge with partner, Bryan Burkert.

The lounge resides in a former music room called Fletcher’s that underwent a swanky transformation to become a hip happy hour and dance night ultra lounge. It is three stories tall and encompasses 7,000 square feet of dance floors, DJ booths, bars, balconies and, of course, lights. The lights—MiN™ Wash RGBW and a plethora of other LED-fitted fixtures—are everywhere, but are discreetly placed throughout the club. The beauty of MiN™ Wash RGBW fixtures is they are small enough to fit in the palm of a hand and have become a staple of night clubs where low energy consumption and discreet operation are important. 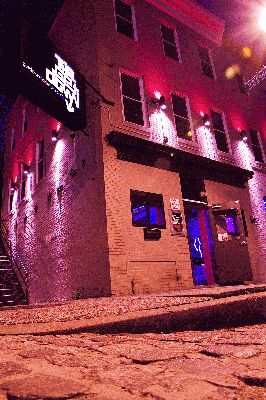 “The [MiN™ Wash RGBW] are bright enough for presence and small enough to disappear,” said Chmielewski. “They are literally everywhere; hanging from the ceiling and other structures. They are undetectable and give a large amount of light.”

A green approach was taken towards the club’s overall design. The floors, bars and walls are made from 100 percent recyclable materials. Every light incorporated in the club is LED-based, save the Edison light bulbs from the 1920s. These vintage bulbs are found in the two small ‘Edison rooms’ hanging at random heights and are employed for their cool look and a “sexy, warm glow—more objects than fixtures.” There are also recycled blue banquettes on one of the dance floors, salvaged from famed club Roxy. 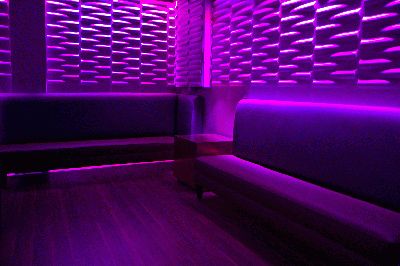 “It was the right thing to do,” said Chmielewski of the green design. “And it was done without compromise to the cost, design or aesthetic of the club.”

The rest of the spaces include unique design elements like carefully constructed wall treatments and floating video screens coupled with the building’s original 1920s brick surfaces and exposed wood. The ‘woven wall’ design covers significant portions of the club and is comprised of 10-inch segments of a custom made black material which are woven together to create a textured surface over LED lights. When these lights are off, it appears to be an opaque surface, but when the LEDs are on, they shine through and create a color-changing panel effect.

Other walls feature a layered geometric design element whereby the outer layer stands four inches off the wall and is lit from behind. There is another section where the walls are covered by pulp bamboo which is downlit from the ceiling above in fuchsia. High-definition LCD video screens, encased in backlit structures which stand off the wall, seem to float around the second floor loft while displaying organic imagery. All the elements combined create what Chmielewski describes as an “immersive experience.”

“It’s a small, funky, intimate place,” said Chmielewski, “and there’s not a surface in the building that doesn’t change color.”