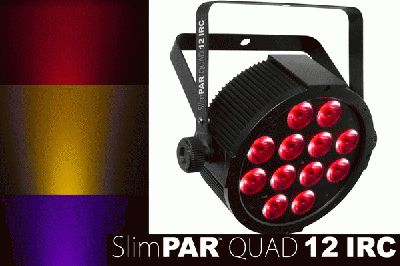 CHAUVET® DJ will introduce nearly 30 new products and showcase the latest fixtures designed for musicians and mobile entertainers at booth 5574 during The NAMM Show 2013 held January 24 - 27 in Anaheim, Calif.

To best showcase the latest gear, the 60-by-30 foot Chauvet booth will be constructed using nearly 300 pieces of TRUSST® — the versatile, easy-to-use trussing system backed by Chauvet. In addition to the launch of the new CORE™ series of high-impact fixtures, new additions are set to join the Intimidator™ series of powerful moving heads and scanners, the Freedom™ series of wireless, battery-operated fixtures and the SlimPAR™ series of low-profile wash lights. Headliners such as Intimidator™ Beam LED 350, Geyser™ RGB , Scorpion™ Burst GB, MegaStrobe™ FX12 and the SlimPAR™ Quad IRC series will also be on display.

Geyser™ RGB makes a bold statement and enhances any gig as it generates an illuminated CO2 cannon and pyrotechnic-like effect. It is an effect light and fogger in one unit that blasts a vertical stream of safe, water-based fog while simultaneously illuminating it with 21 high-power, 3-watt RGB LEDs. Or for a different type of effect, Scorpion™ Burst GB merges the visual appeal of a scanning graphics laser and the room-filling coverage of a burst-style laser into one product. Blue and green lasers project up to 24 integrated graphic effects, while a burst filter replicates the effect and projects it around the room.

For bright strobe effects, MegaStrobe™ FX12 is a high-power strobe light powered by 12, 3-watt white LEDs and six sections of control. In addition to a strobe light, it also projects mesmerizing eye-candy effects and functions as a wide area wash.