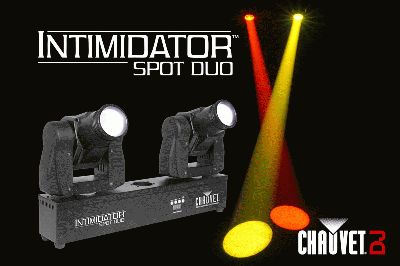 CHAUVET® DJ showcased the latest fixtures designed for musicians and mobile entertainers during The NAMM Show 2013. Attendees flocked to the booth to see the new Core™ series of pixel-mapping fixtures, two powerful additions to the Intimidator™ series and the feature-packed BEAMbar™ in action.
For the latest in pixel-mapping technology, the new Core™ series, which includes Core™ 3x3 and Core™ 3x1, combines pixel mapping, a blinder effect and a powerful LED wash into one fixture for the ultimate in versatility. The fixtures allow you to combine multiple units for an impressive array of large scale animations and chases in any application. Powered by individually controllable tri-color (RGB) LEDs with chip-on-board technology, it utilizes a unique reflector cup to produce large pixels of light and create intriguing sweeping and chasing effects. 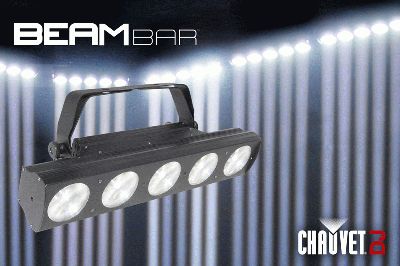 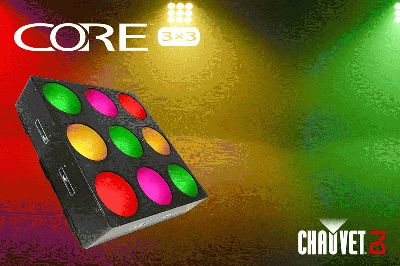 Joining the acclaimed Intimidator™ line, Intimidator™ Spot Duo combines two independently controllable moving heads on a bar that is quick and easy to rig on a truss or mount on a tripod. It features independent color and gobo wheels for a variety of projections and mid-air effects. Also new to the series is the ultra-bright Intimidator™ Spot LED 450, with a commanding output from three white, 60-watt LEDs and remarkably sharp optics. This feature-packed moving head includes a motorized focus to project crisp, rotating gobos, a rotating, 3-facet prism to split the beam and cover even larger areas and easily interchangeable gobos for custom looks.