CHAUVET, a U.S. based lighting manufacturer with distributors worldwide, will bring five new products for production as well as clubs and DJs to ProLight + Sound trade fair in Frankfurt, Germany.

All five fixtures are powered by LED illumination. CHAUVET leadership, including International Sales Manager Gerry Zigman will attend the show, from March 24-27. 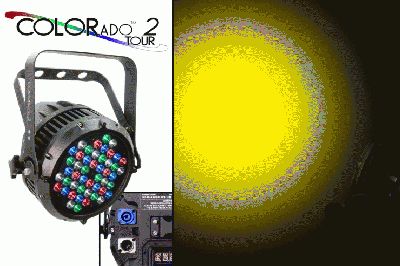 The COLORado 2 Tour, also directed at touring professionals, boasts more and higher powered LEDs (48 2-watt and 3-watt RGBW LEDs with 15° or optional 30° lenses) than the COLORado 1 Tour, while offering the same improved dimming capability. PowerCon™ connectors as well as direct DMX in and out provide faster and easier connections.

The COLORado Batten 72 Tour is a 39-inch long linear wash fixture equipped with 72 1W RGBWA LEDs that are divided into three blocks to produce richly saturated colors from vivid hues to warm whites. A member of the new COLORado Tour series of high performing luminaires, the COLORado Batten 72 Tour is designed with PowerCon connectors, direct 3-pin and 5-pin DMX in and out to provide faster and easier connections for theatrical, touring or permanent indoor installations. 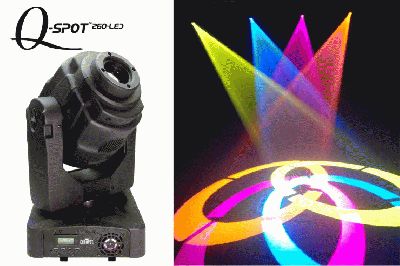 The Q-Spot 260-LED is a high power moving yoke equipped with a 60-watt white LED. It includes a color wheel with eight slots plus white and two gobo wheels, one with seven rotating slot-n-lock gobos plus open and the other with nine fixed gobos plus open. The easy-access hatch provides for tool-free gobo changes. It also includes remote focus and a rotating prism.

The Line Dancer LED jump-starts the party with wildly rotating and crisscrossing lines of red, green and blue light that are individually controllable. This fixture is an updated LED version of the popular Line Dancer and produces a similar effect, including strobe. However, the Line Dancer LED runs much cooler and continuously (no duty cycles needed) and weighs much less than its predecessor. The fixture’s 72 RGB LEDs produce razor-sharp beams of light that constantly rotate and fill the dance floor thanks to its 70-degree coverage angle.

CHAUVET will exhibit in Hall 11.0, Booth B45 of the Messe Frankfurt complex.