American DJ Freq 5 and Freq 16 On The Bench Review 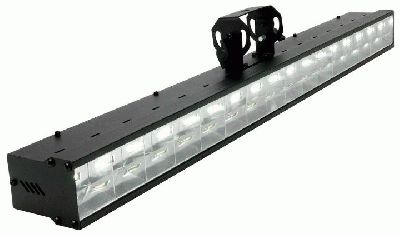 LEDs have come a long way since they were first introduced into the club, stage, and DJ lighting ring. DJzone Magazine reported first on LED lighting for DJs from American DJ some 7 years ago and they have not stopped innovating. The struggle to emulate the output of traditional old school lighting fixtures using the “greener” technology of the LED is an ongoing battle. 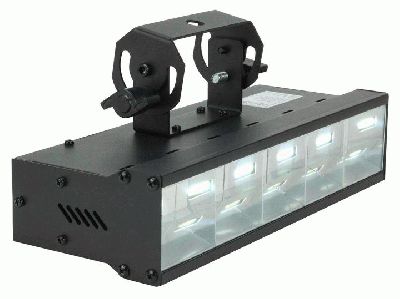 Enter the Freq Strobe series from American DJ. On the DJzone Bench today, we have the Freq 5 and it’s larger brother the Freq 16. As the name states, the Freq 5 has 5 light sources and the Freq 16 has of course 16. The light sources are high powered 5 watt white LED capsules that are backed up by a surrounding focused mirror system. This produces a light bright enough to rival the strobe lights of yesteryear. 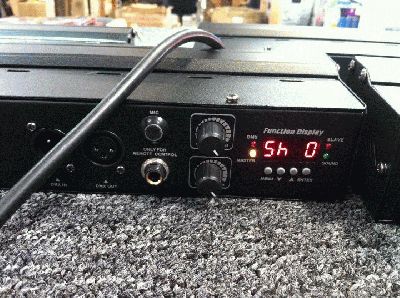 Equipped with a huge amount of settings, we ran these lights non-stop for the past few days putting them through a number of paces both with DMX and with just the manual controls located on the back.

Now let’s get to the good stuff. First we need to point out these are LED lights and are extremely durable. Oops, did I mention we dropped one a couple of times? Well, we kind of did. Not to be abusive, but to confirm how they were built. The case suffered a few dings and scratches but they survived and work flawlessly.

Next let’s talk power. Did you know a traditional strobe sucks a stupid amount of power? Most wide format Xenon strobes draw about 750-3000 watts of power. The Freq 5 takes about 28 watts and the Freq 16 takes about 91 watts. This is a lifesaver for those operating on a limited power supply.

The only thing we found a little clunky with these strobes was the optional remote control. The Universal or UC3 controller is fine for down and dirty lighting control, but we found there is a need for a controller with a little bit more control than what it offered, such as the ability to control the speed, dimming, blackout etc without guessing what happens when you push a button. But like we said earlier, the Freq5 and Freq16 both work great in stand-alone and in DMX.

Lastly, American DJ promotes these units as operating like a traditional strobe light, a zone chase effect, or a 2 IN 1 effect. We need to correct them. We also found it could be useful as a “blinder” light. Yes these lights are that bright. The Freq 5 would work well for those with a smaller venue and the Freq 16 will cover a gymnasium without much problem. Also, if need be, you can link up to 16 of these units to give you the power of the sun blinding everyone in sight.

Out with the old and in with the new. It’s time to upgrade to a more efficient Freq LED strobe/white lighting chase/blinder light.