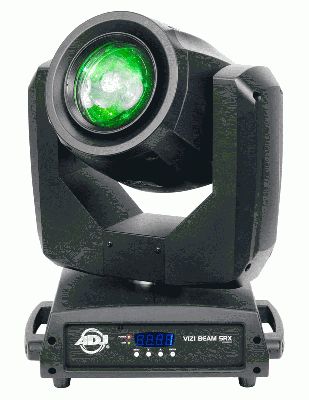 Capable of creating stunningly sharp beams in an array of shapes and colors, thanks to its motorized focus, tight beam angle and glass lens, the Vizi Beam 5RX builds on the success of its predecessor to offer powerful, fast-moving effects that really stand out…

After creating a real buzz at Prolight + Sound 2015 in Frankfurt, Germany, earlier this year, the wait for the new Vizi Beam 5RX is over! Building on ADJ’s hugely popular Vizi Beam 5R, this powerful new moving head fixture adds motorized focus and a glass lens to its spec list, allowing users to create sharper, well-defined beams that stay in focus no matter where they move!

Much like its predecessor, the Vizi Beam 5RX features an ultra-tight 5-degree beam angle and is powered by the revolutionary Philips® Platinum 5R 189W discharge lamp, which was co-engineered by ADJ and Philips to offer a light output comparable to a 575W fixture. So, users – whether lighting designers, event organizers, installers or venue managers – can create super-tight beams of incredibly potent light that look even more effective slicing through fog and haze. In addition, to add it to its flexibility, the Vizi Beam 5RX has a frost filter that morphs the sharp beam to if these beams are too intense, the included frost filter means users can always reduce the glare for a more subdued lighting effect.

“While our Vizi Beam 5R was powerful and incredibly versatile, we’ve stepped things up considerably for the Vizi Beam 5RX, which utilizes motorized focus and a glass lens to offer sharper beams that stay focused no matter how they’re used or at what speed they move!” - Alfred Gonzales, National Sales Manager for ADJ USA 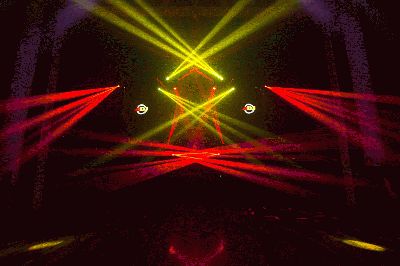 What makes these beam effects even more impactful than those produced by the original Vizi Beam 5R fixture, are the motorized focus, which enables the beam to stay focussed even when moved, and the glass lens, which replaces the previous plastic one to offer sharper optics. What’s more, as the Vizi Beam 5RX comes in at a lower price point, users can create these eye-catching effects without having to spend big bucks.

As well as unrivaled power andsharpness, the Vizi Beam 5RX boasts an array of vivid colors and captivating patterns thanks to ADJ’s inclusion of independent GOBO and color wheels, which offer 17 fixed GOBOs (plus spot) and 14 colors (plus white), respectively. Users can also utilize split colors, for mesmeric multi-colored beams, as well as GOBO scroll and shake functions to add energy to the projected beam. What’s more, the in-built 8-facet prism can also be activated to split the beam into a myriad of moving shards of light.

While powerful color beam effects are vital to any lightshow, they’re nothing without the flexible movement to match. The Vizi Beam 5RX gives users fast-moving effects and accurate positioning thanks to its stepper motors with micro-stepping and auto X-Y repositioning. Users can also utilize 540-degree pan and 270-degree tilt, to achieve room-spanning lighting displays that will not only fill venues with color but also fluid movement. This ability to generate unlimited amounts of energy allows users to take the very concept of pure lighting excitement to exhilarating new levels, while triggering the Vizi Beam 5RX’s intense slow-to-fast pulse and strobe effects helps produce an exciting club-style atmosphere.

“At ADJ, we’re committed to bettering our previous efforts each and every time we design and launch a new product,” explained Alfred Gonzales, National Sales Manager for ADJ USA. “While our Vizi Beam 5R was powerful and incredibly versatile, we’ve stepped things up considerably for the Vizi Beam 5RX, which utilizes motorized focus and a glass lens to offer sharper beams that stay focused no matter how they’re used or at what speed they move!”

In terms of control, users have access to two DMX channel modes (16 or 19), enabling them go as in depth as they need to create attention-grabbing lightshows that bring loads of color and movement to the dance-floor or venue.

No matter how many Vizi Beam 5RX fixtures they decide to utilize, lighting techs, venue owners and event organizers can be flexible when it comes to mounting and positioning them. With Omega Quicklock brackets included, the Vizi Beam 5RX can easily be mounted onto lighting bars, stands, trussing and other structures, allowing users to send tight beams of bright light beaming down onto guests, whether they’re on the dance-floor or in the bar! With secure PowerCon in/out sockets, users can also daisy-chain the power supply for multiple fixtures, saving on the need for extensive wiring and furthering the versatility of the Vizi Beam 5RX in terms of setup.

Ideal for production companies, houses of worship and entertainment venues, the Vizi Beam 5RX has compact dimensions of 15.5” x 12.75” x 20.5” (394 x 325 x 522mm) and a low weight of just 42 lbs. (19kg), while still managing to pack one heck of a punch! Easy to carry in and out of venues, portable enough to transport as part of a mobile setup and compact enough to be installed in clubs, bars, lounges and entertainment centers, the Vizi Beam 5RX is unbelievably adaptable to a wide range of applications.

No matter who it’s used by, the Vizi Beam 5RX lets users create more pure lighting excitement for audiences, thanks to the smart-thinking addition of motorized focus and a glass lens. While these new features help generate sharper beam effects that stay focussed, even during movement, the fixture also boasts unrivaled brightness thanks to its powerful 189W Philips® Platinum 5R source. Combined with flexible movement and a range of color/GOBO options, these features enable the Vizi Beam 5RX to send tight beam effects slicing through the air, so users can fill wide spaces with movement and color, without having to break the bank.