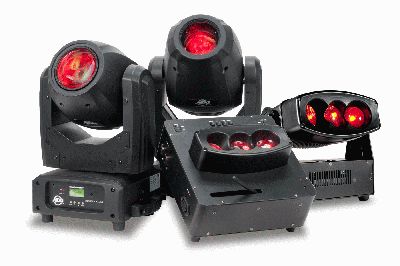 Still buzzing from a successful NAMM, ADJ has lined up a series of innovative new lighting solutions for launch in Frankfurt, Germany, giving visitors plenty to get excited about for the upcoming 2016 Prolight + Sound show.

Following on from a fruitful NAMM 2016, ADJ is set to continue this success at the Prolight + Sound 2016 event over in Europe. Featuring world-leading brands from across the event technology industry, the international trade show will run from April 5-8 at the Messe Frankfurt Convention Center in Frankfurt, Germany, where ADJ will give visitors a first glimpse at its latest innovations in Hall 5.0, Stand B88.

Amongst other products, the ADJ booth will showcase a selection of much-anticipated new moving heads and effects, the true potential of which will be shown via a series of stunning programmed lightshows. Utilizing professional features, powerful light sources and plenty of ADJ’s trademark versatility, the new fixtures – the Vizi Beam RXONE, Focus Spot Three Z, WiFLY Chameleon and Chameleon QBar Pro – demonstrate the company’s commitment to creating affordable but forward-thinking products that deliver pure lighting excitement like no other.

“We can’t wait to showcase our latest innovations to the crowds over in Frankfurt, Germany,” said Alfred Gonzales, National Sales Manager for ADJ USA. “Visitors can expect a lot from us this year, especially when it comes to moving heads. Boasting loads of professional features that will enhance the way our customers work, the new Vizi Beam RXONE, Focus Spot Three Z and the two Chameleon fixtures really are worth getting excited about!” 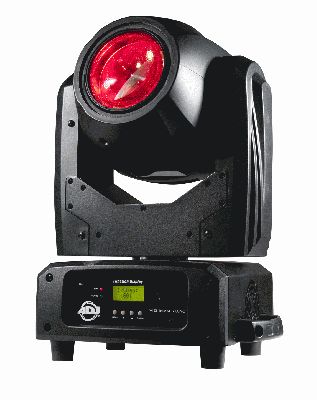 A long-awaited addition to ADJ’s popular Vizi range of professional moving heads, Frankfurt will receive a first glimpse at the incredible new Vizi Beam RXONE! Utilizing a powerful 1R discharge long life lamp that boast a visibility up to 100M, independent color and GOBO wheels, and a super-tight 3-degree beam angle, this high-output moving head creates crisp beams of light in a series of stunning colors (14 + white) and exciting GOBO patterns (14 + spot). This nimble moving head also includes a frost filter to give the beam a wash effect making this fixture useful for a variety of applications.

Visitors should also expect to experience the Vizi Beam RXONE’s room-filling capabilities up close! Not only does the moving head’s 16-facet prism ensure a far-reaching multi-beam display, but the dynamic 360-degree pan and 270-degree tilt 16-bit movement means that users can send these color beams and GOBO effects bouncing around the venue to create an intense visual experience for their audience. This compact but high-impact moving head is a must-see product at Prolight + Sound 2016! To learn more about the Vizi Beam RXONE, visit: http://www.adj.com/vizi-beam-rxone 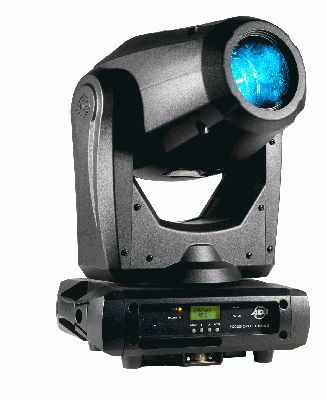 the first fixture to be announced from the company’s new Focus Series. All fixtures in this series will feature motorized focus. Hot off the press, the brand new Focus Spot Three Z moving head boasts a potent 100W LED source and a host of game-changing modern features, giving visitors lots to look forward to.

This super-charged, versatile fixture boasts GOBO morphing, motorized focus, a flexible zoom feature – allowing users to vary the beam angle from 12- to 17-degrees, depending on their needs – and two 6-facet prisms (one circular and one linear), enabling spellbinding multi-beam effects capable of filling wide spaces with color and movement. In addition, ADJ has fitted the Focus Spot Three Z with one rotating, replaceable GOBO wheel, one fixed GOBO wheel and one color wheel, letting users generate unique patterns and effects in a series of vibrant hues. Thanks to the GOBO indexing feature, these rotatable GOBOs can be moved to a desired fixed position, letting users match up patterns to create a distinctive look. In addition, the Focus Spot Three Z has a frost filter for wash effects and GOBO morphing to create spellbinding visuals. To learn more about the Focus Spot Three Z, visit: http://www.adj.com/focus-spot-three-z 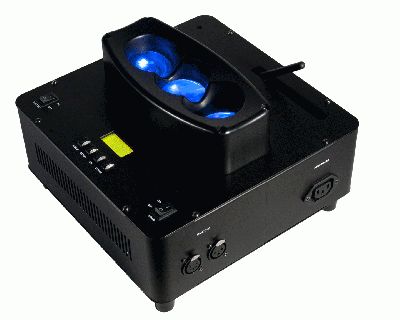 Powered by three 18W hex-color LEDs (RGBWA+UV) and with a convenient multi-angle kick stand, the WiFLY Chameleon lets users generate incredible wall washes in a wide range of smoothly mixed, UV-infused colors. Furthermore, offering extended-range ‘WiFLY EXR’ – for wireless DMX control from a distance of up to 2,500ft – and a built-in rechargeable lithium battery too, users can easily incorporate their WiFLY Chameleon into a truly wireless setup.

Prolight + Sound will also give visitors a chance to see the WiFLY Chameleon’s other features in action on the ADJ stand, including the awesome levels of creativity offered by its individual pixel control and expansive DMX-Controlled mode, which offers 6-, 7-, 9-, 11-, 18-, 20- and 22-channel settings. To learn more about the WiFLY Chameleon, visit: http://www.adj.com/wifly-chameleon 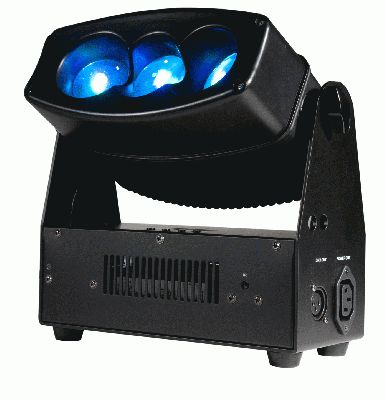 Similar to the WiFLY Chameleon, the Chameleon QBar Pro offers the same effect of 3-beams at separate angles for wall washing but has a different, more scaled down, feature set. The QBar Pro also has ADJ’s ‘WiFLY EXR’ extended range wireless DMX, but it is not battery powered. Its powered by three separate high powered 30W quad-color LEDs (RGBA) each at a 15-degree beam angle. The head on the Chameleon QBar Pro is manually adjustable so that users may change the beam direction. This is a particularly handy feature to adjust your beam coverage while wall washing.

There is plenty of creative control with the Chameleon QBar Pro. The fixture offers individual pixel control, 7 DMX channel modes and 6 operational modes. There are 19 built-in program and 63 color macros. Connecting multiple fixtures together is easy with the unit’s 3-pin DMX In/Out while daisy chaining up to 6 QBar Pros via IEC In/Out. To learn more about the Chameleon QBar Pro,