Numark has announced the debut of two new DJ controllers as well as a Bluetooth-enabled CDMix at this year's Musikmesse. 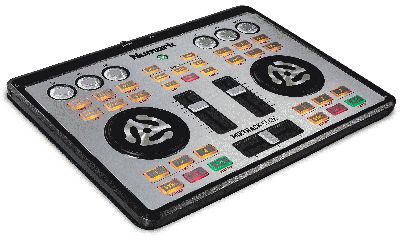 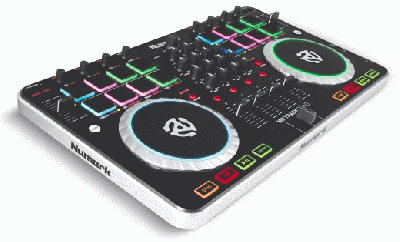 Each of the Mixtrack Edge's two channels contains sync, hot cue, loop and two effects controls and a built-in audio interface allows for headphone cueing and PA system output. The Mixtrack Edge is class-compliant with both Mac and PC, is USB powered and uses standard MIDI for use with most popular DJ software. 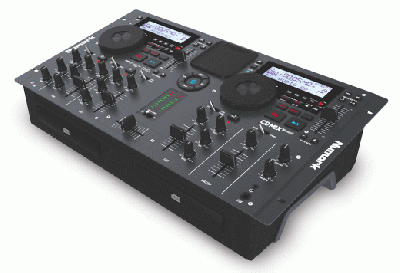 The Mixtrack Quad is an all-new, four-channel DJ controller with built-in audio interface. The unit features 16 backlit RGB rubber drum pads with loop mode, sample mode and hot cue mode while the touch-activated platters can be color customised for each deck. The complete mixer section features dedicated mixer controls for all four channels, a crossfader, three-band EQ and music library navigation controls while 16 dedicated effect controls can be used to add and manipulate flanger, phaser, echo and more. Virtual DJ software is included.

Lastly, the CDMix Bluetooth is a dual MP3/CD player with three-channel mixer and built-in Bluetooth transport controls for wireless use. The device is housed in a solid steel chassis for rugged and reliable performance and features anti-shock buffered skip-protection technology and two LCD displays for increased visibility in different lighting environments. The bluetooth/aux/mic channel features EQ controls while the multifunction jog wheels control search, scratch and pitch bend.

"There are DJs all over the worl who are heavily invested in CDs but who also want access to wireless technology," said Chris Toman, Numark product manager. "CDMix Bluetooth shows our commitment to giving DJs the tools they need to perform, no matter the format."