Our goal quite simply, was to make the new SA Series the best performing and best sounding active loudspeakers in Mackie’s history

Mackie unveiled today their new “flagship” line of Super Active PA speakers that are designed to improve upon the award-winning Mackie SA designs of the past with maximized power, recalibrated active electronics, high-definition neodymium drivers, as well as extensive acoustic design and tuning by the world-renowned Eastern Acoustic Works (EAW) engineering team.

The development of the all-new SA Series Loudspeakers, which are easily identified by their distinctive silver grills and “z” at the end of their individual model designations, began with an extensive update to Mackie’s existing SA1232 and SA1521 models, and continued with the addition of two entirely new models to the line—the SA1530z and SA1532z. 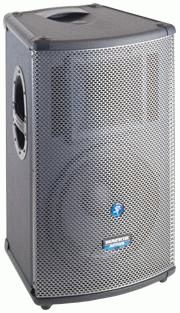 In addition, the new SA Series was developed and tuned exclusively by the Eastern Acoustic Works (EAW) engineering team. As a result of their efforts, every model in Mackie’s new SA Series range functions as a highly efficient system, optimizing acoustic, electronic and mechanical designs to achieve the highest level of performance and value.

“Our goal quite simply, was to make the new SA Series the best performing and best sounding active loudspeakers in Mackie’s history,” commented Product Manager John Boudreau. “In this effort, we were able to leverage all of the design and engineering talents in the LOUD Technologies family. From the Mackie engineering team to the EAW engineering team, they all applied their specific areas of expertise in the development of these loudspeakers. As a result, I believe that we not only accomplished our goal, but have developed some of the finest active loudspeakers on the market today.”About the SA1521z High-End 2-Way Loudspeaker

All three SA Series 3-way systems employ several distinct elements to achieve their amazing accuracy and full, natural sound. For each model, frequencies above 3kHz are produced by a 1.75-inch neodymium compression driver, while a six-inch neodymium mid-range transducer operates between 700Hz and 3kHz—eliminating the placement of a crossover point in the center of critical voice frequency range.