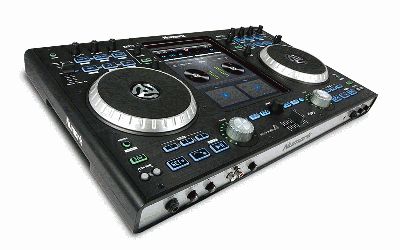 Numark (numark.com), the world’s leading innovator of DJ solutions, will present the latest version of their landmark iDJ Pro—now updated to accommodate Apple’s 30-pin to Lightning adapter—at the upcoming BPM 2014 show to be held in Birmingham, England.

The iDJ Pro is a hardware controller that fully houses, charges and protects any full-size Apple iPad, calling upon the power of the device to unleash real-time creativity for the modern DJ.

“The iDJ Pro has proven extremely popular for DJs and other creative individuals seeking to use the latest performance technologies. It adds all of the hardware connections and interactive controllers needed to maximize the iPad’s use as a professional DJ platform,” says Karl Detken, Director of Marketing, Numark. “This latest version reflects the changing trend to the latest Lightning adapter.”

●       Streams wirelessly via iPad to Bluetooth® or AirPlay® speakers

●       Supports stereo output and cueing in iOS 6 and above

DJs can go hands-on with iDJ Pro during the 2014 BPM Show at Booth C45, September 13-15 in Birmingham, England. iDJ Pro will be available in stores this fall with a USD street price of $499.