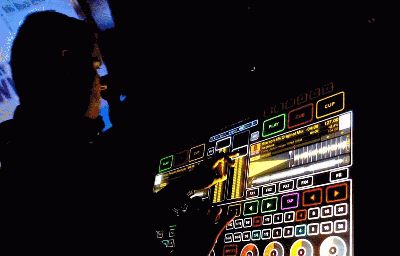 Emulator, the World's first and only transparent multi-touch system for professional DJ use launches today.

"Imagine a futuristic transparent touch screen in a club - it is an instant magnet for attention," says Alan Smithson, co-founder and CEO of Smithson Martin Inc., the company that developed the Emulator system exclusively for the professional DJ scene. "At our launch party, everyone wanted to touch and play with it, there were 3 people deep trying to take photos of it." 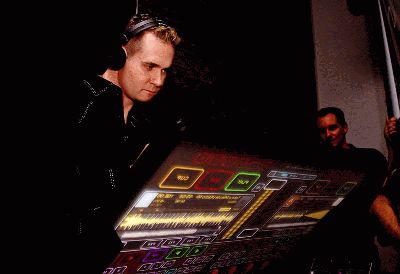 Early buzz was created in August when a user released an Emulator YouTube video. DJ's from around the world were amazed and were asking how they could get their hands on this technology. While that video showed only the pre-release software, it generated over 1.3 million views, making it obvious that the DJ community is ready for this technology.

Emulator is multi-touch MIDI software that presents everything the DJ needs on a high-resolution transparent multi-touch screen; the only screen accurate enough for professional use that doesn't generate false or ghost touches. The current version of Emulator interfaces with Traktor Pro, but future releases will include compatibility with Virtual DJ, Ableton, and Serato. Emulator currently runs on Windows 7, but Mac OS software is scheduled for release in 2011.

The applications for multi-touch technology are endless. A simplified version of this technology could easily be created for corporate or retail advertising applications.