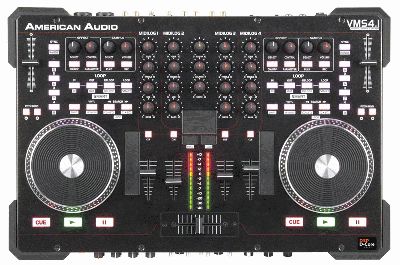 American Audio continues to bridge the worlds of analog and digital DJ-ing with exciting new gear that will elevate your performance to the next level – regardless of the way you play.  A new series of MIDI mixers with an “analog touch” and the next generation of American Audio’s revolutionary VMS Digital Workstation -- the VMS4.1—are among the products that the company will be featuring at the BPM Show, held 6-8 October 2012 at the National Exhibition Centre (NEC), Birmingham, UK.

Visitors to the company’s display will also get to see American Audio products in action with daily performances by Frisky Biscutz, featuring DJs Sparky B and Rob Sample. It’s all happening at American Audio’s BPM Stand J10.  Here’s a closer look at some of the BPM exhibit highlights: 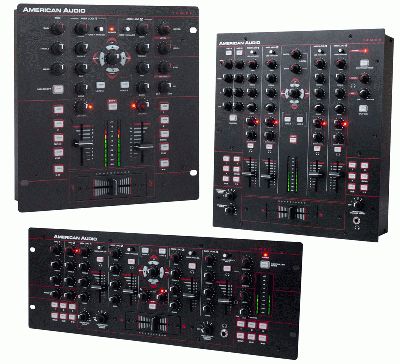 VMS4.1 Digital Work Station – The next-generation version of American Audio’s VMS4 “ultimate DJ performance tool,” the VMS4.1 is -- like the groundbreaking original – an extremely versatile digital work station that can be used for both computer (PC or Mac)  and analog DJ-ing.  The company has beefed up the sound quality and processing speed of the unit with a new, exclusive studio-quality DSP D-Core Audio Engine.  Additionally, the VMS4.1 is now being offered in two versions, each bundled with different DJ software: one with the original Virtual DJ LE software; and the new VMS4.1 TRAKTOR bundled with TRAKTOR American Audio VMS4 Edition.  The VMS4.1 TRAKTOR model features a unique faceplate with special button placement for accessing TRAKTOR’s features.

Like its predecessor, the VMS4.1 was designed to accommodate the variety of ways today’s DJs perform, often in both the digital and analog worlds.  It features 4 selectable dual-purpose MIDILOG™ (MIDI or analog) channels, which are compatible with any MIDI software, as well as traditional audio inputs like CD players or turntables.  The versatile unit also includes 2 jog wheels, a built-in mousepad, and 2 microphone channels with gain/treble/mid/bass EQs.  The mixer itself offers the option of being used with an Innofader replacement crossfader (sold separately), a feature typically found only on very high end gear.