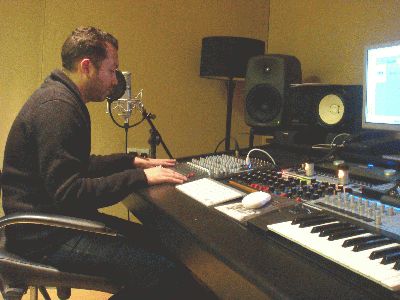 Renowned British house DJ and producer, Nic Fanciulli, recently installed an Allen & Heath compact XB-14 broadcast mixer into his studio to record and broadcast his new weekly radio show, which is featured on a variety of radio stations across the globe.

“From first glance, it creates a really good impression,“ explains Fanciulli. “It is a very user-friendly model with all the parameters clearly visible. The combination of analogue, digital (including USB) and Telco channels make this mixer perfect for radio broadcast, and I use it from the very beginning when compiling my show, right through to the production and recording processes.”

One of the most in-demand tech house players on the DJ scene, Nic Fanciulli is well-respected globally and plays all the major clubs and festivals. His label, Saved Records, has released modern classics by the likes of Santos, Mark Broom, Spencer Parker, Rolando, while as a DJ, Fanciulli has mixed compilations for Renaissance and Global Underground, whilst managing to find the time to have releases on Sci Tec, Ovum, and other notable labels.

“Whenever I have used Allen & Heath mixers in the past, the sound has always been second-to-none, and the XB-14 lives up to that great reputation. Audio is transparent at all levels, and doesn’t feel coloured, which is vital in a broadcast mixer, as the last thing you want is the sound to be tainted. Also, whenever I record my vocals, I usually have to remove the unwanted low-end frequencies but the XB-14 has a 100Hz roll-off function, which is great for eliminating this at just the touch of a button.”

"Setting up applications, such as the USB and foldback options, is so simple, and the ability to connect my laptop straight into the mixer without the need for an interface reduces the amount of hardware and allows me to run several audio software packages, expanding the catalogue for future radio shows," concludes Fanciulli.