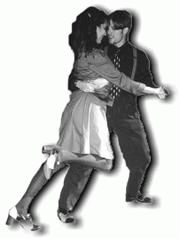 Nov 4, 2003
A Trip Down Memory Lane
I use this format in nursing homes and at other types of gatherings for senior citizens. It runs about an hour and fifteen minutes to a hour and a half and they really like it. Basically I put together programs like this to help older people remember the past through music. By Vance "Bear" Holt.

Big Band Music
Oct 23, 2003 Big Band music is a term used to cover a period of music that began roughly in the mid thirties and continued until the mid fifties. In some forms Big Band music still exists today in the embodiment of Big Bad Voodoo Daddy or Brian Setzer Orchestra as well as the touring versions of such well know bands of the past such as Duke Ellington's Band and the Glenn Miller orchestra. By Vance "Bear" Holt.