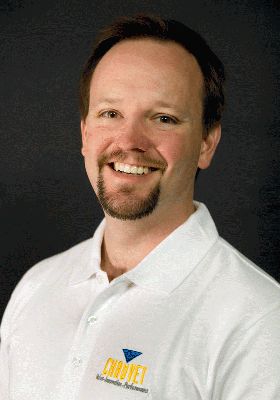 CHAUVET®, a leading manufacturer of LED lighting, announces a new addition to its product development staff. Ford Sellers has been appointed senior product development manager for CHAUVET® and its sister company for architectural lighting, ILUMINARC®. Both are under the same parent company, Chauvet & Sons, Inc.

Sellers brings over 15 years of hands-on experience in the lighting industry. After studying lighting design at Syracuse University, he began his career installing lighting for the groundbreaking show “EFX”, starring Michael Crawford, at the MGM Grand in Las Vegas, Nevada.

While in Las Vegas, Sellers worked as a trade show electrician and then as the assistant lighting director for the MGM Grand Conference Center.  From there, Sellers became a master electrician for Cornell University’s Department of Theatre, Film and Dance. For nearly a decade he taught lighting technology, the mechanics of light, and designed the lights for several of the 11 productions and plays produced for the Schwartz Center for the Performing Arts each season.

Sellers’ move to CHAUVET® marks his arrival to the manufacturing side of the lighting industry where his knowledge and experience will be focused on the development of new fixtures.

“I’m excited by the new products we have in the works,” said Sellers. “They’re innovative and very much needed in the marketplace. We’re creating the products I wanted to use and didn’t have. Plus, the synergy between the many departments and the types of products being developed —architectural, production and club/DJ fixtures—has been eye opening, and is leading to significant exploration, and innovation. This really speaks to the strength of this company.”