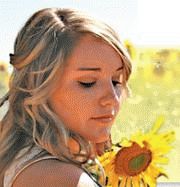 Nov 14, 2008
Cambria Detken New Release Hits The Shelves
Today is the release of the debut CD “Simply Said” by Cambria Detken. This 16 year old Orange County California resident sold out the OC Pavilion with her November 8th release concert. She wowed the audience with her soulful, warm, and inspirational sound. She is a singer songwriter and guitarist with self written songs about everyday life that everyone can relate to.

Two New Features Added To PrimeCuts
Jul 1, 2005 Effective the week of July 18th, all PrimeCuts CDs (including Dance, Latin & Smooth Jazz) will be shipped using our new packaging and sleeves. The CDs will be shipped in the Archival Pocket sleeves produced by Univenture. The addition of sleeves will be at no additional cost to subscribers.

Stanton Updates Product Designs, Corporate Logo To Relfect New Image
Jan 13, 2005 Stanton has unveiled an entirely new industrial design for their product line, as well as a new corporate logotype to reflect the company’s contemporary new image. The new product design and logo have been incorporated into Stanton’s massive product line overhaul for 2005, as well as their communications tools including their web site, advertising and product literature.
DJ Academy comes to San Diego
Sep 17, 2004 THERE IS NO LONELIER DAY in a musician’s life than the day upon which she or he actually decides to learn how to create music. It’s intimidating as hell: As you fiddle clumsily with your chosen instrument, you begin to realize just how vast the world of musical composition really is. To top it off, unless you’re lucky enough to have some kind of mentor or guide, you’re plunging into that world head first, without any clue as to where or how you should land. By Jamey Bainer.

Pioneer and Veteran DJs Partner With Scion and Five Axis on Mobile DJ Vehicle
Jun 13, 2004 The term "on the wheels of steel," a reference to a DJ performing on turntables, was taken to new levels with the transformation of a base Scion xB into a mobile DJ vehicle. The result: two awards including Mothers Wax 2004 Tuner Car Award for top manufacturer's display vehicle and International Auto Salon (IAS) Custom Show-off Award from Super Street Magazine.

Pioneer CDJ-1000 Mk2 was the exclusive CD supplier
Mar 11, 2004 Pioneer CDJ-1000 Mk2 was the exclusive CD supplier for this year’s annual Ultra Music Festival USA in Miami. CDJ-1000mk2 was used on all 11 stages at the event. Now in its sixth year, the 14-hour long, non-stop Ultrafest, is the premier event on the U.S. dance calendar and was once again held at Miami’s 32-acre Bayfront Park during the annual Winter Music Conference, on Saturday 6th March 2004.
New DJ Association Breaks out of the Box
Feb 5, 2004 While other Associations have said they were listening to you and your requests, have they really heard you? By Art Bradlee.

Women Who Rock The Numark Turntables
Oct 30, 2003 At the DJ competition finals, hosted by celebrated DJ Jackie Christie, the crowd will witness a spectacular display of spontaneous turntable tactics and musical ingenuity, paired with fast-paced commentary and irreverent observations. Ten finalists will have 10 minutes to demonstrate their spinning/DJ skills, using only their own vinyl records and headphones, cartridges, and turntables provided by Numark.

DJ Shun Wins Tokyo Allies All Star Beat Down
Oct 29, 2003 Eight experienced competitors gathered from all over the country — although it was a young competitor, 20-year-old DJ Shun, who most impressed the capacity audience and the judges, consisting of Klever and Spictacular (from the Allies) and professional Japanese DJ, Yo-1.

Win with Chauvet!
Oct 24, 2003 You could win a Beat-activated Duo Scan for just taking a few pictures of your light show! By Sid Vanderpool.

New DJ Magazine Is The Full Meal
Jul 26, 2003 DJ Entertainer Magazine hits the newsstands and the mail boxes of over 59,000 DJs in North America very soon. By Sid Vanderpool.

DANCE FEVER On it's Way Back!!!
Jul 25, 2003 The search is on to find America's best dancers and the ultimate DANCE FEVER individual or team champion.