Why everyone should attend Dj Expos?

I am a self-admitted Dj Show/Expo junkie. I attended my first dj show in 1989 put on locally in the Chicagoland area by a Dj supply store. The show was covered by Robert Lindquist in the very first issue of Mobile Beat. 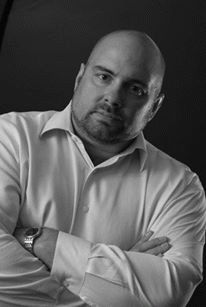 I am a self-admitted Dj Show/Expo junkie. I attended my first dj show in 1989 put on locally in the Chicagoland area by a Dj supply store. The show was covered by Robert Lindquist in the very first issue of Mobile Beat. I had been working for a dj company for less than a year or so and I knew I wanted to go out on my own because I felt there was a better way of doing things. I attended the seminars at the conference and the owner of the company did not. In February of 1990, I left the company and started my own company. I have been a full time dj ever since. The man I worked for is no longer in the dj industry.

In 1992, Dj Times brought their show to Chicago and I was just two years in business and was trying to create a large company. It was at this show that I met leaders in the industry such as John Rozz, Andy Ebon, John Murphy, to name but a few. The rooms were filled with attendees such as myself who were there to learn as much as possible. The seminars ranged from marketing to performance. They covered specific types of events like weddings and school dances. They were awesome as far as I was concerned.

A lot has changed in our industry and in the world since 1989 but one thing hasn’t, dj shows are filled with knowledge that you simply can’t get anywhere else but at a show. Dj shows have simply gotten better over the years. The number of really good speakers have increased over the years. There are still seminars that you will struggle to get through because they don’t apply to you directly, or because the presenter may not be as prepared as others but that is true of everything in life. My advice is to just stay seated and keep looking for the nuggets. How many nuggets do you need to make it worth your time and investment?

I understand there is also a tremendous amount of information on the internet and through websites like DJzone and djchat.com, but dj shows are like concerts, there is something to be said about actually being there.

In addition to the seminars, the ideas, concepts, and war stories shared over breakfast, lunch, and dinner are worth the cost of the trip alone. The conversations in the hallways and the people you meet in the elevators are the added bonus that you simply can’t have or find on Facebook dj related group.

Did I also mention the show floor? Show floor sizes will range depending on the show but there are always things you will not find at your local dj store on the show floor. There are also manufacturer reps and demonstrators showing you their latest greatest gear and how it can help you at your events.

I can state without hesitation that the success of my company would not be what it is without my consistent attendance at dj shows over the past 20 plus years. I have met some amazing people who have gone out of their way to help me both personally and professionally.

My nephew Will is going to be 15 this year and he has been bitten by the Dj Bug. I am taking him to his first Dj Show in August. He is beyond excited about going. I can’t wait to see what he gets out of it as a new dj first dipping his toe into the dj industry.

I will be speaking at the Dj Times Dj Expo in Atlantic City New Jersey www.djtimes.com in August on growing your business vertically.

I will be speaking at the American Disc Jockey Association Show www.thelasvegasdjshow.com in August on getting the highest return on your bridal show booth investment.

I hope that you will take the time and money to invest into your future success by attending a dj show in the future.