The Mathematics Of DJ Shows 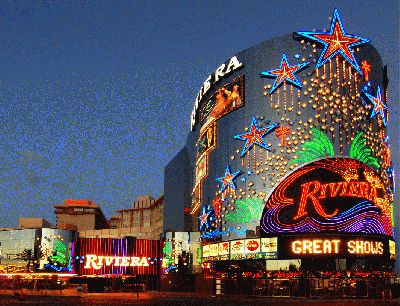 Are We The Bridezillas of the DJ Industry?

Recently, I purchased two wedding related businesses that kept me from attending the Mobile Beat Show in Las Vegas. Having  not attended the event gave me an interesting perspective as to everyone’s feedback (pro and con)—and this is typical of all DJ Expos, not just Mobile Beat. I enjoyed watching the show progress on social media from my desk this year, but it caused me to question how many DJs really understand all of the dynamics of a DJ show.

I have been attending DJ shows regularly since 1989—from the DJ Times show in Atlantic City, to the DJ Cruise to Mexico, to the BPM show in London, England. I have also been blessed to have spoken at dozens of these shows. I’ve been an exhibitor and have worked with exhibitors and because I’m also a bridal show promoter, I can relate to some of the similar challenges that DJ Expo promoters go through. So I offer a rather unique perspective.

DJs all say that they want education. They want to come in, sit down and have their minds blown. They are also willing to pay about 99 cents for that service. A large portion of them want to get in for free or simply don’t feel that they will learn enough from the roster of talent to put forth the time and expense to even go to a DJ show. So what is a show promoter supposed to do? Do they invest their money into bringing in the smartest of the smart, the most inspiring speakers that money can buy? Mobile Beat brought in Penn Jillette this year. The ADJA is bringing in Michael Buffer. Michael Buffer is the highest paid announcer in the world.

The majority of DJs simply won’t pay for it so they do the best that they can. Some seminars are winners and some, not-so-much. That is simply the way it is. Until the DJ industry chooses to pay a fair price for education, we will never have the best of the best.

This is a commonly used hotel industry term. There is roughly a 70% profit margin in hotel rooms and only a 30% profit margin in food and beverage. When a show promoter makes a deal for a certain amount of meeting room space and exhibit area space they are given a fee that the space costs. If the show promoter can get a certain number of attendees to stay at the host hotel, that rental fee comes down. Every time an attendee stays across the street from the host hotel, it hurts the show promoter. While they may be getting a fee from your expo pass, they are losing the attrition that they would have gotten from you staying in the host hotel. It is this very reason that causes DJ Shows to be held at B and C level hotels as opposed to the A level hotels that everyone says they would prefer to see a show hosted in.

Of course DJs want every manufacturer to not only be at the shows but to have a huge booth staffed with the most knowledgeable people. They should all be ready to tell you everything you have ever wanted to know about their product or service. They should also have a ton of swag and even host a killer party with food and open bar each evening. This all sounds great but here is the reality of what is happening. The majority of DJs are simply not spending any money with these exhibitors at the show. I spoke with a manufacturer that let me know that they had a dealer supported booth at a recent show. Their pricing was at dealer cost. The show pricing was their dealer cost. Let me say it one more time. Their show pricing was dealer cost. They made just enough money to cover their hotel room costs.

It costs manufacturers tens of thousands of dollars to be at these shows. At best, they would love to break even and use the show as a branding message. Sadly, a lot of the time the show has cost them thousands of dollars that they may or may never get back after the show is over. After the Mobile Beat show, I called 20 different friends of mine. These friends were from all over the country. I asked them if they bought anything at the show—18 of the 20 told me that they bought nothing.

We as an industry say that we want respect. We want our clients to respect what we do and the price that we place on our service to them the day of their special event. The question is, are we the bridezillas of the DJ industry? Do we want the best education possible, a beautiful location for the show, the best pricing on gear, etc. and do we want it all for next to nothing?

I am not judging anyone. I am simply trying to point out what DJ Times, Mobile Beat, ADJA, Disc Jockey News, etc all go through in an effort to give you, the attendee, an awesome experience. The next time you choose to come to a show, make the commitment early by purchasing your pass early. Stay at the host hotel. Come to the show with a shopping cart list of gear that you may need and buy your gear on the show floor.

Keith “K.C.” KoKoruz has been in the entertainment business since 1988. Starting his first dj company out of his fraternity house basement, he quickly learned the necessity of being not only a great dj/emcee but also a great marketer. Since then he has owned some of the most successful wedding entertainment companies in the Chicagoland area. The difference between most speakers that speak on the topic of marketing and “KC” is very simple. He lives it every single day in his businesses. He is the owner of the Keith Christopher Entertainment Group as well as the Windy City Wedding Show, Aberdeen's Wedding Florists, Fred Fox Studios, Bella Sebastian Beauty, and the Badger State Bridal Expo. He has spoken all over the country at various dj expos and conventions on the subject of marketing. He and his various companies have been featured in the Chicago Sun Times, Chicago Tribune, The Daily Herald, Dj Times, Mobile Beat, Disc Jockey News, ProMobileDj, BPM, Fox New Chicago, WGN TV and Radio, NBC Chicago, CBS Chicago, NBC Milwaukee, FOX Milwaukee, to name just a few. He has also spoken to private groups such as The Knot, The New Jersey Disc Jockey Network, The Smoky Mountains Wedding Association, Illinois Videographers Association, as well as other various private businesses. This past year he was asked to speak to various Decca groups throughout the Chicagoland area and was asked to be a judge in the regional Decca competitions.