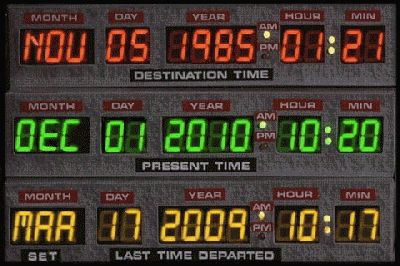 Not really. It is known that a large percentage of music being listened to right now has been downloaded from file sharing applications and via Torrent sites for free — approximately half of all music.

If one looks at a popular music-Torrent site, one will notice that the majority of files are in regular MP3 format. Most of them aren’t even at a maximum resolution of 320 kbps. Also, if one watches YouTube, one will discover how users actively communicate about how they rip music off of it. YouTube audio is in the majority of cases is worse than Torrent sites.

AudioBeef has listened to music at average Torrent/YouTube resolutions on speakers costing many thousands of dollars and compared to CD-quality it is, to us, almost unlistenable, even at resolutions of 320 kbps. Call us snobs — but we find that listening to general-quality music and then CD-quality music is comparable to eating a microwaved Big Mac followed by a grilled Wagyu steak.

For DJs whose professions count upon the listening-quality of music, the current standard of music on your iPod is unplayable in clubs … its depth and clarity is non-existent. Could this lead to these scenarios in the future?

The chief sound engineer of London’s most successful underground club fabric recently told us that DJs there often complain about their tracks not sounding good on fabric‘s powerful sound system, which is down to MP3 formats.

An article in the Tokyo Reporter highlights the general lack of understanding regarding listening-quality of music. It says:

Digital MP3 downloads and YouTube videos may now be the formats of choice in the home and clubs.

YouTube format is not choice in clubs; and neither YouTube nor MP3 formats should be choice in homes if you ask audiophiles.

Clubs are dying (despite what emotional fans will argue) and the DJ’s argument regarding a necessity for high-resolution audio will not be heard by the bulk of music consumers.

One can only assume that most people are ignorant to the audio-quality they are missing out on. While Torrenting has enabled massive promotion of a new generation of artists who are in tune with online platforming, the lack of professionalism behind such industries has ensured that the technical quality within suffers. And ironically, many people who make Torrented music strongly care about music listening-quality, unlike their listeners.

Most people don’t care about how the caveats of free downloading are impacting the music they love, and what does that say about them? If these people were sat down in front of a good system and had a common MP3 A/Bd against a better format, we’d like to believe they might suddenly become concerned about listening-quality. However:

If a tree falls in a forest and no one hears or sees it, does this event even happen? And if people can’t tell that their music quality is being reduced, does it really matter?

The answer is no, and that people who recognise the poor quality of music in 2010 don’t impact “overall sales” anyway. The danger here is that underground genres which influence the mainstream and provide fertile soil for the music industry to grow could suffer, because their fans and producers are vehemently supportive of premium music listening-quality.

On the upside, Apple’s iTunes AAC formats are practically indistinguishable from CD-quality. In contrast, PC-originated formats are so myriad that they vary in quality and don’t seem to establish themselves before being replaced. The benefits of Apple’s closed system in this case highlights the need for industry and organisation within the music world — something that was lost with the advent of file sharing.

While CD resolution is 44.1 kHz, today we have the capability to render a staggering 384 kHz, yet unsurprisingly there is no physical medium to support this. A half size 192-kHz audio file is so large, for example, that consumers wouldn’t be able to purchase one quickly or conveniently via an online store.

AudioBeef just hopes the best vinyl-only tracks are preserved for the day when high-resolution audio becomes commonplace, otherwise the industry might end up with low-quality MP3s as the only reference points to pioneering, underground hip-hop, drum ‘n’ bass and soul music.

Movie freaks might believe that when their physical formats begin to phase out, such as blu-ray, they will go through a similar situation to the audio industry, with massive video files being crudely compressed into downloadable formats. But with an image it’s much easier to recognise good or bad quality, and so AudioBeef predicts that physical video formats will not transition until the point internet speeds can accommodate the same quality that people have become accustomed to.