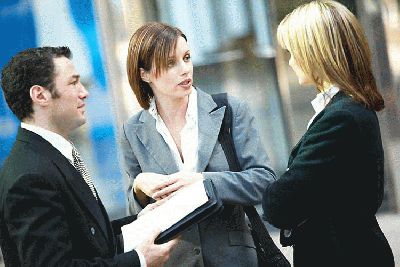 I just returned from a great evening with the National Association of the Remodeling Industry.

I’ve attended many such meetings over the years. Most have 80 to 100 members in attendance. The NARI folks had about 350.

I tried to determine why attendance was so high. Maybe the economy is hitting everyone hard and they needed to network for business.

Wait, they aren’t going to get business from each other. They’re all fighting for the same business. So that reason is out.

I arrived a couple of hours before the meeting to set up and got my answer.

Members were making final calls to other members, not only reminding each other of the meeting, but making sure everyone knew they were needed for the meeting to be a success.

Cut to last week when my lady friend, Kanitta, and I were at a pharmacy. She needed a prescription filled and was considering switching to a new drugstore near her house.

We waited for the 50-something pharmacist to finish with a drive-through customer. “Next!” The pharmacist barked the order like we were inmates at a prison.

You can guess how the rest of the conversation went. The pharmacist stared at her computer screen and listed off all the information needed to process Kanitta into the computer system. Once everything was in order, she glanced at the prescription and, without looking up, said, “It will be a few minutes.”

I wonder if this woman hosts a party at her home the same way. A guest shows up and she opens her front door with a loud, “Name?” After processing her guests into her computer they ask, “Is there anything to munch on?” And she replies, “It will be a few minutes” and marches off into her house somewhere.

Almost all of the members of the remodeling association own their own businesses; they are entrepreneurs. They only eat what they can kill.

If they don’t “make it happen,” it won’t happen. They have no one to blame but themselves if things go south.

The pharmacist, though, gets to eat regardless of who does the killing. For her, at work there is always a “they.” “Why don’t they do more advertising to bring in more customers?” “Why don’t they paint this place to make it more attractive?” “They should pay me more for this job.” “I do all the work and they make all the money.”

In fact, they are the ones trying to figure out how to keep the store open so she can have a job, while she is the one engaging in day-to-day actions that will ensure their efforts fail.

Businesses fail because customers stop buying. Customers stop buying because they don’t like the company. It ain’t the price of the product. I have a competitor who charges much more than I do for the same service, and his calendar always is full.

The evidence for this is that some companies have brought jobs back from overseas because customers complained that the serv­ice wasn’t as good. If the jobs aren’t brought back, you weren’t making a big enough difference in the outcome to warrant it.

I’ll bet that pharmacist complains to others about how mail-order drugs are “ruining the industry.” Frankly, between the impersonal relationship of a bottle of pills being dropped in my mailbox or being made to feel even worse by a live person, I choose the mail.

I heard it a lot at the association meeting where everyone only eats when they have a successful hunt. Even better, their children were learning the same lesson.

The association meeting was held at an appliance store that was in its second generation of ownership. The third generation, the owner’s children, was there too, welcoming guests and shaking hands. I imagine they hear every night at the dinner table that unless they go out and kill it, it ain’t there to eat.

Sure, the people you work for might make some bad decisions about the business; that is inevitable. Those decisions might make life hard for you, but no one ever got a paycheck from a company that closed, so doing your part is not an option.

There is plenty out there for all of us to eat, just don’t wait for someone else to go on the hunt.